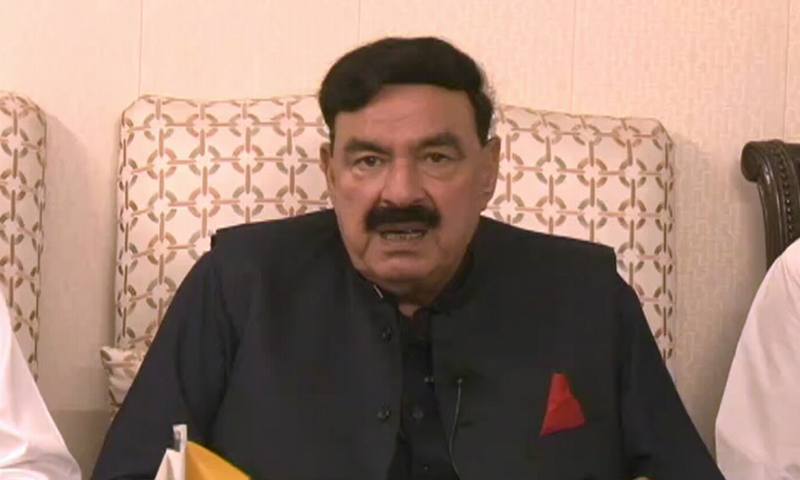 Interior Minister Sheikh Rashid Ahmed said on Thursday that the course of politics in Pakistan would change following a closed doors briefing to lawmakers by the military high command scheduled for later in the day.

The interior minister, who was addressing a press conference in Islamabad, said the country’s politics would now centre on national security after the Parliamentary Committee on National Security receives the briefing on the situation in Afghanistan and other strategic matters.

Some 16 legislators have been specially invited to the meeting which will be attended by Army Chief General Qamar Javed Bajwa while DG ISI Lt Gen Faiz Hameed is expected to give the main briefing.

“It will be an in-camera briefing to be given by military officials on internal and external security matters,” Adviser to the Prime Minister on Parliamentary Affairs Dr Babar Awan had told Dawn after the meeting was announced on Monday.

Federal Minister for Information and Broadcasting Fawad Chaudhry said that the briefing will focus on Kashmir, Afghanistan and internal security challenges.

“I will be attending the important meeting at 3pm today,” the interior minister told media persons, adding that he foresaw the government and opposition treading a new path together in politics after it.

To a question, he remarked that the same opposition that had been talking about toppling the Pakistan Tehreek-i-Insaf government had now mentally accepted that Imran Khan would lead the country for the next two years.

“They bode us farewell on December 30, [2020],” he recalled, referring to claims of ousting the government from the now split opposition alliance, the Pakistan Democratic Movement (PDM).

The PDM had warned last year that lawmakers from its member parties would hand in their resignations in the national and provincial assemblies if the PTI government did not quit by December 31,2020.

But, the interior minister said, the budget sailed through the national assembly with majority.

However, he added that he believed that the government and opposition should work together and talk on electoral reforms.

The interior minister said Pakistan wanted peace in Afghanistan, suggesting in his personal capacity that other stakeholders, such as Qatar, may also be approached for restoring peace in the war-torn country if the need arose.

“We want the Afghan government and the opposition to unite and that there is no civil war,” he said. “Reconciliation in Afghanistan means peace in Pakistan.”

“It will not be allowed,” he said.

“Our neighbours, including India and Iran, will be interested in politics in Afghanistan,” he added, assuring that Pakistan would make all-out efforts to restore peace in Afghanistan. “Our policy should be that peace is ensured in Afghanistan.”

He also refuted allegations made by Indian Minister of State for Home Affairs G Kishan Reddy, who accused Pakistan of being involved in alleged drone attacks in occupied Kashmir.

“I condemn his statement,” he said, adding that Pakistan was not involved in perpetrating any attacks in occupied Kashmir.

The interior minister went on to say that India had resorted to blaming Pakistan for the incident to deflect criticism from its failure in the fight against Covid-19.

“Pakistan wants peace with India, but that is not possible without a solution to the Kashmir issue,” he said.

He expressed hope that the PTI would win the upcoming elections in Azad Jammu and Kashmir.

“It is already in the government in a majority of provinces and after winning elections in Kashmir, the PTI will become a national party,” he said.

Replying to another question, he claimed that there were significant differences between PML-N leaders Maryam Nawaz and Shehbaz Sharif.

“They are far apart… and their politics is different,” he remarked.

Asked about the recent blast near the residence of Jamaatud Dawa chief Hafiz Saeed in Lahore, he said he would give credit to the Punjab police for arresting suspects within a short period of time.

The interior minister informed media persons that a few more suspects involved in the incident had been held in Karachi.

He added that while foreign elements, such as India’s premiere intelligence agency, Research and Analysis Wing (RAW), may perpetrate such acts of terrorism to destroy Pakistan’s peace in the future as well, they must realise that the country’s police was now as well-trained as its army.

Rashid further stated that Pakistan’s borders with Afghanistan and Iran had been partly fenced and while the completion of fencing would not rule out the possibility of attacks from the two countries, it would certainly help improve the situation.