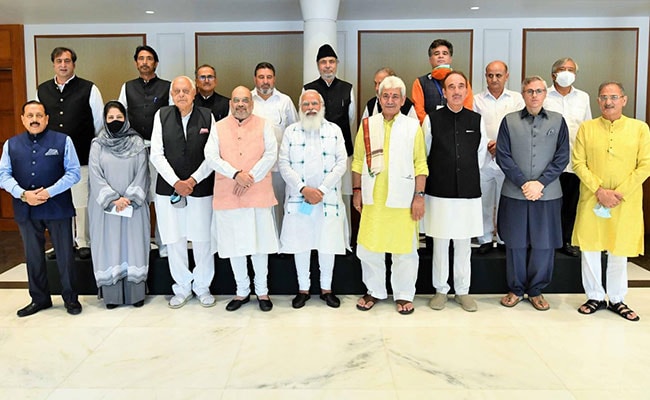 The worry in some Indian circles that America’s exit from Afghanistan might benefit Pakistan vis-à-vis India is yielding place to a calmer realization that actually the country most disadvantaged by the exit is Pakistan. Here’s what Pakistan’s leading daily, Dawn, writes in an editorial: “As a negotiated settlement eludes Afghanistan, and the grim prospect of large-scale violence begins to haunt that country in the aftermath of the US withdrawal, neighbouring states, specifically Pakistan, have genuine security concerns.”

“However, Pakistan must be ready to confront any refugee crisis, as well as militant activity, emerging out of the post-withdrawal situation in Afghanistan, and terrorist groups must be neutralised before they shed more innocent blood in this country.”

Anxiety about an extremist surge in Pakistan following the American exit is a reality that India should absorb. And this anxiety can be viewed alongside the curious meeting about Kashmir’s future where, among others, Farooq Abdullah, Mehbooba Mufti, Omar Abdullah and Ghulam Nabi Azad were invited to talk with Prime Minister Modi and Home Minister Amit Shah.

Something compelling must have happened for Modi and Shah to ask these leaders over not very long after jailing, badmouthing and, eventually, releasing them. While no completely convincing explanation of this meeting has been offered so far, there appears to be broad agreement among analysts that the U.S. must have encouraged it.

We should also, of course, recognize that the crucial assistance with satellite surveillance that India received from the U.S. during the Ladakh standoff with China would have made it harder for New Delhi to reject American advice.

Irrespective of who first proposed it, this meeting regarding Kashmir appeared to be a positive step. If nothing else, an image was broadcast of Muslim leaders being treated as equals by Modi and Shah. This acknowledgment of equality was and is necessary.

It is necessary if India wants Pakistan to confront the Taliban’s ideology of subordination. Appropriate further steps are called for in Kashmir, including the restoration of its statehood. Meanwhile, South Asians as a whole need to reflect. Are we really comfortable with ideologies, whether in India, Pakistan, Sri Lanka or elsewhere, that divide citizens into superior and inferior categories?

The Taliban is very clear that those hesitating to accept “true” beliefs, or to practice the prescribed code, must stay at the mercy of “the pure” who also happen to be the dominant. As Dawn’s comment shows, this is not the belief of influential Pakistanis, who seem fearful of what a Taliban-ruled Afghanistan might do to Pakistan.

After a war of almost 22 years, America’s departure from Afghanistan seems unavoidable. Yet it is by no means certain that Kabul’s government, Afghan society and the Afghan people will submit meekly to a Taliban drive for total power. Which also means, sadly, that the withdrawal of U.S. troops will not bring an end to Afghanistan’s bloodshed.

Yet the withdrawal may force some fresh thinking in South Asia, including in Pakistan and India. Born in 1890 and dying in 1988, Khan Abdul Ghaffar Khan, the Pakhtun or Pathan leader, was in the end devoted to three countries: Pakistan, India and Afghanistan. Badshah Khan, as he was known, would have welcomed the American withdrawal from Afghanistan. At the same time, he would have resisted any ideology of domination-and-subordination. Many years back, in 1969, I heard this “Frontier Gandhi”, as he was also known, speak in Wardha, along with Vinoba Bhave and Jayaprakash Narayan. In his talk, Badshah Khan expressed sadness that India was poor and unequal, but what Vinoba said at that meeting is what I wish to recall. There were three countries, said Vinoba, with which India needed to keep good relations: Afghanistan, Burma and Ceylon. He called them the ABC countries.

Names have changed in the decades since. Burma is Myanmar, Ceylon is Sri Lanka. But Vinoba’s point remains valid, except that we must add some initials: another B for Bangladesh, N for Nepal, P for Pakistan.

America’s withdrawal from Afghanistan is a chance for the South Asian region to look after itself, to look at relations between and within the countries of the region, to ask whether we want peace-and-equality, or intimidation-and-strife. The interests of no country near or far, no great military or economic power, will be hurt if South Asians take steps towards peace and equality. Neither the U.S. nor China would object.

(Rajmohan Gandhi is presently teaching at the University of Illinois at Urbana-Champaign.)

Disclaimer: The opinions expressed within this article are the personal opinions of the author. The facts and opinions appearing in the article do not reflect the views of NDTV and NDTV does not assume any responsibility or liability for the same.