Leaders see ‘splendid journey’ in the next 100 years, but even Xi knows Mandate of Heaven is not forever 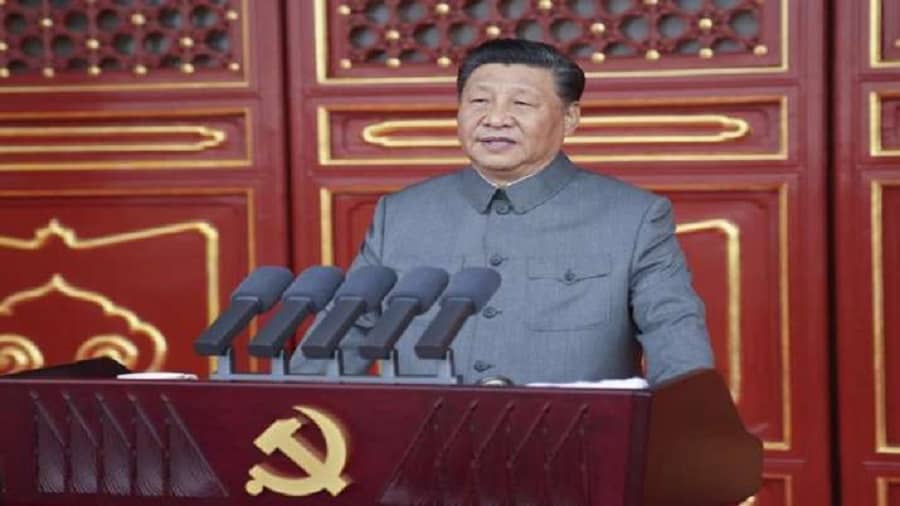 There’s a surfeit of smugness in the air as China celebrates the Communist Party’s 100th anniversary with nationwide festivities. The autocrats who run the party can proudly proclaim they’ve gone from conquering hunger (no mean feat) to sending Bullet trains across the bleak, once-unreachable Tibetan plateau. What’s left to be done? Overtake the United States and become the number one global superpower, of course.

The celebrations have been given an extra propaganda fillip by the fact that China has moved from near-disaster, as the country that gave the world the Wuhan Virus, to triumph as the nation felled the infection. The economy’s rebounded and the Chinese are now inoculating an astonishing 100 million Chinese a week, albeit with iffy vaccines. Also, even as the rest of the world struggles with the Delta super-spreader variant, Chinese authorities seem to have crushed the lineage after detecting it in Guangzhou last month.

China’s leaders see an even more “splendid journey in the next century,” according to Xinhua News Agency. By around 2030, China will almost certainly replace the US as the world’s largest economy. Bear in mind, in 1980 China had an annual gross domestic product of $191 billion which made it one of the world’s poorest countries. Today, annual GDP has multiplied 75 times to $14.3 trillion. While comparisons may be invidious, India’s GDP in 2020-21 (admittedly a pandemic year) was $1.8 trillion.

Many of China’s big ambitions can be read in the 14th Five-Year Plan. The country aims to be at the forefront in all technology frontier zones like AI, quantum computing, semiconductors, genetics and neuroscience. It’s competing with the US to become the dominant space power and is planning its first crewed Mars mission in 2023 as part of a longer-term strategy of developing the Red Planet’s resources.

On terra firma, it’s mooting construction of a “Polar Silk Road” and aims to put a satellite in space by 2022 to track melting ice for ships sailing through the Arctic region. Famously, China’s government and private sector work hand-in-glove. So, to develop the technologies of the future, tech giant Baidu has been tasked with pushing ahead with autonomous driving systems. Alibaba’s developing ever-smarter cities and Tencent’s working on using technology for medical diagnoses and meeting other healthcare needs of the 1.4 billion population.

Looking at the progress they’ve made over the decades from famine-stricken nation to the world’s second most powerful country, it’s hardly surprising the Chinese government is looking almost contemptuously at the US and slower-moving nations, and is proclaiming their one-party rule system superior to all others.

China’s more muscular approach began soon after Xi Jinping rose to power as the party general secretary in 2012 and styled himself as the “People’s Leader” and vowed a “great rejuvenation” to restore China to its ancient prominence and glory. In 2013, the party issued Document No 9 proclaiming “socialism with Chinese characteristics and the Chinese dream are the main themes of our age’. Xi Jinping Thought, read dutifully by all party members, asserts that the country can only prosper and aspire to new heights if the Communist Party firmly holds the reins. 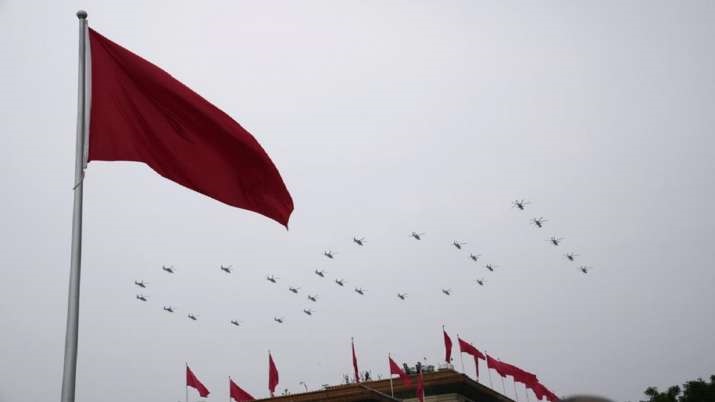 As Xi’s grip on business, the media, the Internet and culture has tightened and crackdowns on dissent, as in Hong Kong, become more brutal, some Chinese intellectuals are endorsing his strongman views, though whether out of choice is the question. Beijing-based scholar David Wang recently told a foreign journalist, “Average Chinese aren’t ready for Western-style democracy and need to be led. In the US, everyone can have an opinion and nothing gets done. China should follow a different path.”

For decades the Chinese have felt the Western media’s emphasis on democracy tilted against it. Now it’s looking to tilt the global axis more in its favour. Look at the hyped and much-criticised Belt and Road Initiative (BRI). India and Japan have been trying to match the BRI. But the sheer scale and blistering pace of the Chinese projects make it daunting. In the space of two weeks last month, the Chinese launched $6.4 billion worth of projects across Africa, South-East Asia and the Middle East.

The US and rest of the Western world have portrayed these BRI schemes as efforts to push recipient countries into compromising debt overload. Be that as it may, the projects serve two other key purposes for the Chinese. Firstly, the steel and concrete come from China plants that are overproducing both these commodities (China produced 1.1 billion tonnes of steel last year. India’s the second-largest producer at 110 million tonnes). Second, and even more importantly, China hopes these highways and ports will create an all-roads-lead-to-Beijing impact.

It’s in foreign and military policy, though, Beijing has most rattled the West, particularly Washington. Unlike Deng Xiao Ping who declared China should “hide its strength and bide its time,” Xi has dropped the mask and brandished China’s power. China has asserted its power over Hong Kong and forcefully staked its claims in the South China Sea against Vietnam and the Philippines and also put the Japanese on notice about the Senkaku Islands. With India, a deadly clash in Ladakh has turned into a year-long military standoff. The big question is whether China, which has the world’s largest armed forces, will attempt to seize Taiwan and how America would respond if it did.

With the economy booming (it’s forecast to grow 8.5 per cent this year), the virus in check and dissent crushed, it seems a fine time for China’s “great, glorious and correct” communist party to celebrate its 100th birthday. The party’s ability to survive and thrive has surprised Western observers. But many Chinese people credit the party with transforming the country economically and making it into a respected — and feared — world power.

The Communist Party has ruled for over 70 years and matched all its enemies. It has only one fear now: the people. In democracies, leaders know they can be thrown out at an election. In China, political change has tended to be chaotic and violent. Everyone knows the story of Deng who was thrown into prison when he fell out of the favour of Mao Zedong. A group of Red Guards who ransacked his home also tragically threw his eldest son out of a window, leaving him a paraplegic.

Deng, when he took power, wisely realised an orderly transition was crucial for the country and created a constitution under which a leader could only have two terms, or 10 years, in office. But in 2018, Xi, who consolidated power to levels unseen since Mao’s era, scrapped the rule. Xi, who turned 68 last month — the normal retirement age for Communist Party leaders — will soon be up for re-election for a third term next year and many say he could be dictator for life.

In ancient China, though, rulers relied on a Confucian concept the ‘Mandate from Heaven’ to rule. This was the Chinese equivalent of the divine right of kings. But the Mandate from Heaven could be withdrawn in the event of misrule. The coronavirus and the party’s botched initial response stripped Xi for a while of his air of invincibility. Xi and the party know they have to keep China’s citizens onside and that even the Mandate of Heaven is not forever.