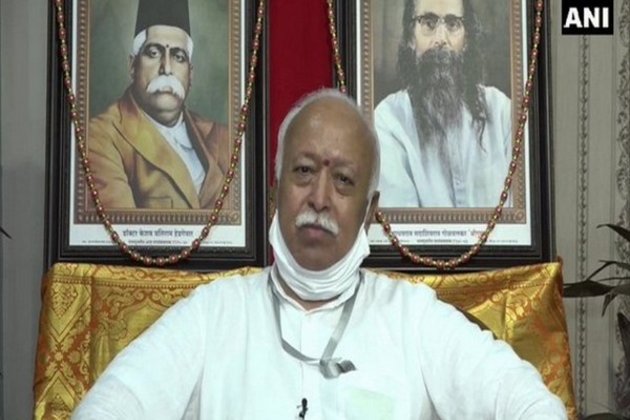 By Pragya KaushikaNew Delhi [India], July 2 (ANI): Rashtriya Swayamsevak Sangh (RSS) chief Mohan Bhagwat will address an internal meeting of Muslim Rashtriya Manch, an organisation associated with the Sangh. The meeting is expected to finalise the projects that the organisation will undertake in the coming years.

Sources said the focus of the meeting would be Kashmir and making separatists leaders and those who still talk about Article 370 and 35 A irrelevant in the country. The meeting is scheduled to take place on July 5 in Ghaziabad.

MRM will complete 20 years in 2022 and a roadmap for coming years is expected to be prepared in this internal meeting.

Mohammed Afzal, national convenor of MRM, said that the organisation will start a countrywide agitation to create an environment so that the government will act on its promise to reclaim Pakistan-occupied Kashmir.

“We will now talk about only one thing to reclaim regions of Gilgit and Baltistan from Pakistan and will tell the Centre to settle this finally,” he said.

Sources in the organisation said that apart from Kashmir, the discussion is expected on issues like consolidation of tasks done through years, modernisation of Madarsas, greater participation of Muslim community in building the country and projects to be taken up.

The meeting will be attended by Sah Sarkaryawah Krishan Gopal and patron of MRM Indresh Kumar, RSS functionary Ram Lal apart from Union Minister VK Singh, MLAs and other public representatives of the area.

“Approximately 30 to 40 office bearers of Muslim Rashtriya Manch will attend the address of RSS chief Mohan Bhagwat on July 5. The meeting will take place in Ghaziabad, ” a source said.

“Projects related to service, education and intellectual development are being run by the Muslim Rashtriya Manch and how to consolidate them in the right direction are some of the other topics that are likely to be taken up for discussion,” the source added. (ANI)