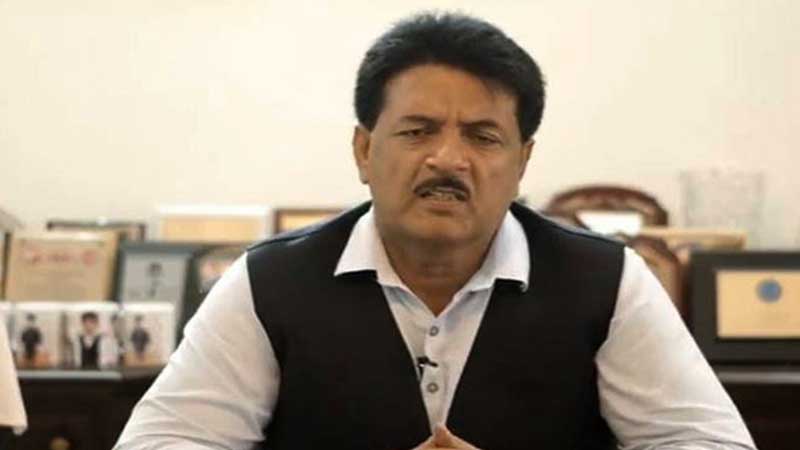 Special Assistant to Prime Minister (SAMP) on Food Security, Jamshed Iqbal Cheema Thursday said that food security was as important as national security for any country, therefore the government accorded special heed towards promotion of agriculture sector to make the country net food exporter in years to come.

Addressing the launching ceremony of Agriculture Transformation Plan, he said that despite being an agrarian economy country was importing food items to fulfill its domestic requirements, adding that since 1980 Pakistan has been net importer of food products due to negligence and less attention of respective governments to this very important sector.

He said that in line with the vision of Prime Minister Imran Khan steps were being taken to uplift the local agriculture sector by ensuring supply of all major components to produce exportable surplus in order to turn the country from net importer to net exporters of food items.

Clean air, water and soil were three major requirements of farmers, he said, adding that the Prime Minister was the first leader who formulated the policy in accordance to their needs and billion tree-tsunami program was part of that efforts, which would also help to address the adverse impact of climate change on local agriculture.

Jamshed Iqbal informed that the transformation plan envisages to ensure availability of all three dietary components including carbohydrates, fats and proteins to everyone in order to overcome the menace of malnutrition and hunger in the country for achieving sustainable economic growth.

He said that out of total 32 districts of Balochistan, 25 were identified for olive cultivation and the rest of the area in the province was declared for the cultivation of soya bean and cotton, which would help to improve the production of oil seeds and reduce reliance on imported edible oil. In Khyber Pakhtunkhwa, he said that areas were identified for the cultivation of olive, fruits orchards and pulses production, besides exploiting the existing potential of livestock farming to enhance the output of milk and meat, adding that measures were being taken to promote honey farming in Margalla Hills.

He informed that promotion of olive cultivation would help to reduce the reliance on imported edible oil, which was growing by 10 percent every year as the oil import bill reached $4 billion during last year, adding that 85 million wild olive trees would be grafted to produce olive oil.

Gilgit-Baltistan was a land of opportunity, he said that the government had established about 281 trout fish farms, which would be extended to 1,000 under the plan. He said that the land of GB would be used for the production of supper food and organic fruits and vegetables.

Highlighting achievements of the current government, he further informed that water conservation was on the top in government’s agriculture reforms agenda, adding, so far 735 small and medium size dams had been constructed in Balochistan that would help to bring more area under crops production, specially to produce seeds of different crops. Besides, he said that the current government has also increased the agriculture sector development budget from Rs1.6 billion to Rs 62 billion, adding that Rs10 billion were earmarked only for the research purposes, adding that 9 Kissan Malls would also be constructed to provide farming communities with the latest marketing facilities.