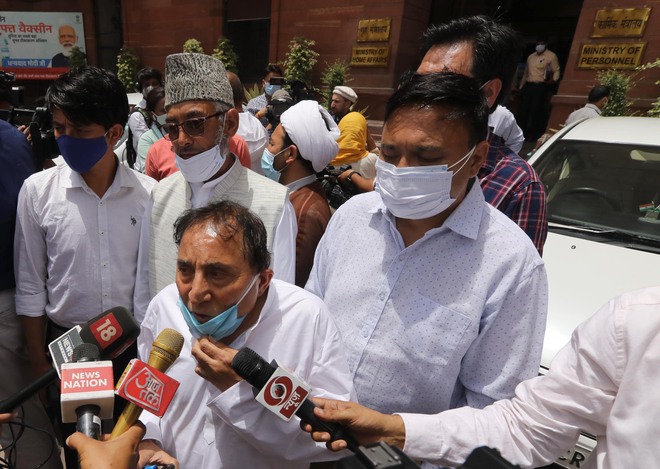 In a first-of-its-kind meeting after PM Narendra Modi held a discussion with political leaders of Jammu & Kashmir, the Union Ministry of Home Affairs (MHA) today held an interaction with an 11-member team of social-political representatives from the Kargil region of Ladakh.

The meeting with the delegation from Kargil was chaired by Union Minister of State (MoS) for Home Affairs G Kishan Reddy, where political leaders and civil society members demanded restoration of special status and statehood for Ladakh.

The delegation of political leaders and members of civil society groups came to meet the Union Minister under the banner of the Kargil Democratic Alliance (KDA).

Asgar Ali Karbalai, a Congress leader representing the KDA, said, “We demanded full statehood for Ladakh. Our members spoke with an open heart and Union Minister G Kishan Reddy also listened to us with an open heart and said that this is the first meeting and he will take forward all these things and will take some concrete steps. He said that the government is serious about the development of Ladakh.”

Karbalai went on to add that the Union Minister has assured them that he would soon visit Kargil and Leh.

Bashir Ahmad Shakir, who was also part of the delegation, said, “We have demanded full statehood for Ladakh. The minister said they would discuss the issue in detail. We have been assured that there will be another meeting.”Another member Syed Mohammad Shah said, “We highlighted our problems in Ladakh following the formation of UT. We talked about job security and demanded that we should be given statehood, Article 35A was protection for us.”