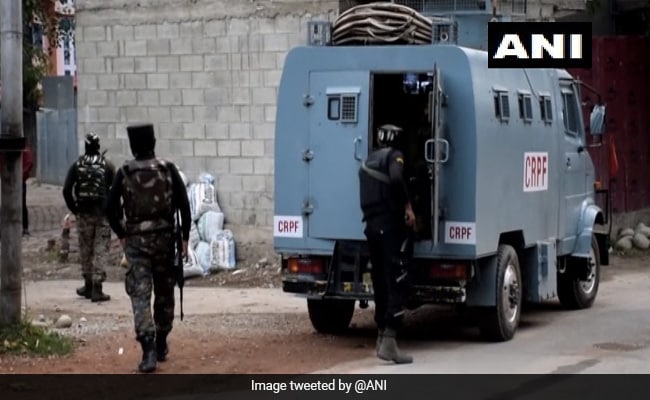 Jammu and Kashmir: Police said the operation was a “big success” for the forces.

Five Lashkar-e-Taiba (LeT) terrorists, including a district commander, and an Army jawan were killed in an encounter between the terrorists and security forces in Jammu and Kashmir’s Pulwama district on Friday, police said.

The security forces had launched a cordon-and-search operation at Hanjin village in the Rajpora area of Pulwama following information about the presence of the terrorists there, a police official said.

He said the operation turned into an encounter when the terrorists opened fire on the security personnel who retaliated. A soldier was injured in the initial exchange of fire with the terrorists, the official said, adding that the jawan died at a hospital in Srinagar.

He said reinforcements were rushed to the area, and in the subsequent gunfight, five terrorists were killed. The terrorists who died were affiliated with the LeT, and one of them, Nishaz Lone alias Khitab, was the district commander of the outfit, Inspector General of Police, Kashmir, Vijay Kumar said.

He said one of the terrorists who died was a Pakistani, but is yet to be identified. Mr Kumar said the operation was a “big success” for the forces.