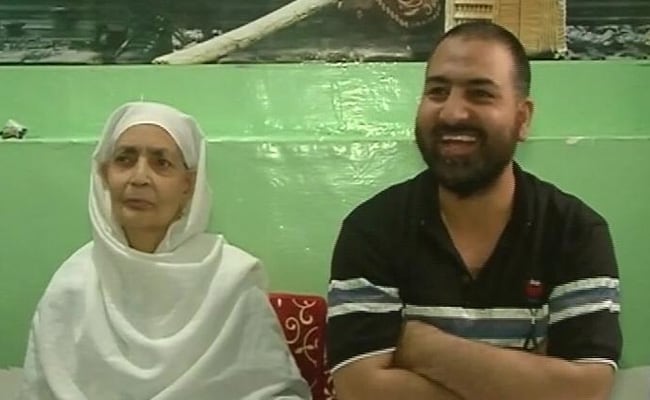 Bashir Ahmed’s biggest regret was that he could not meet his father, who was suffering from cancer

A Kashmiri man arrested on terror charges, was released last week after he was found innocent by the Additional Sessions Judge of Anand District Court but it took 11 years to establish his innocence. He is one of many in the country who have spent years in jail on charges that could not be substantiated in court. In all such cases, the responsibility of proving their innocence rests with the victims.

“The process of trial was so slow that it took 11 years to decide that I was innocent and release me,” Bashir Ahmad told NDTV.

Bashir Ahmed Baba, then a 32-year-old computer professional, had gone to Gujarat to do a course on caring for cancer patients. But he was arrested under the tough terror law UAPA at Anand in March 2010.

He was accused of setting up a terror module and recruiting Muslim men angry over the 2002 riots in Gujarat.

He was also accused of being in touch with a Hizbul Mujahideen commander in Pakistan over phone and email.

On June 19, the Court said the prosecution didn’t have enough evidence and acquitted him. But the intervening years changed his life for ever.

His biggest regret was that he could not meet his father, who was suffering from cancer. He could not even attend his last rites.

“It is such a moment, which I can’t forget in my life. I was the eldest son of my father, not been able to attend his funeral was painful,” he told NDTV.

“His father and uncle died during this time. We visited him in jail only once because we couldn’t afford second visit to Gujarat,” said his mother Mokhta Begum.

In Assam, leader Akhil Gogoi, who was jailed over protests against the contentious citizenship law in December 2019, was freed this afternoon. He had been charged under the anti-terror law UAPA (Unlawful Activities (Prevention) Act) and accused of sedition.

While releasing him, a special court of the National Investigation Agency, said if the enforcement of the anti-terror law gets “stretched beyond permissible limits, then over a period of time, it might carry the risk of diluting the requisite continuous focus of the anti-terrorism law itself, on the real terrorist crimes”.