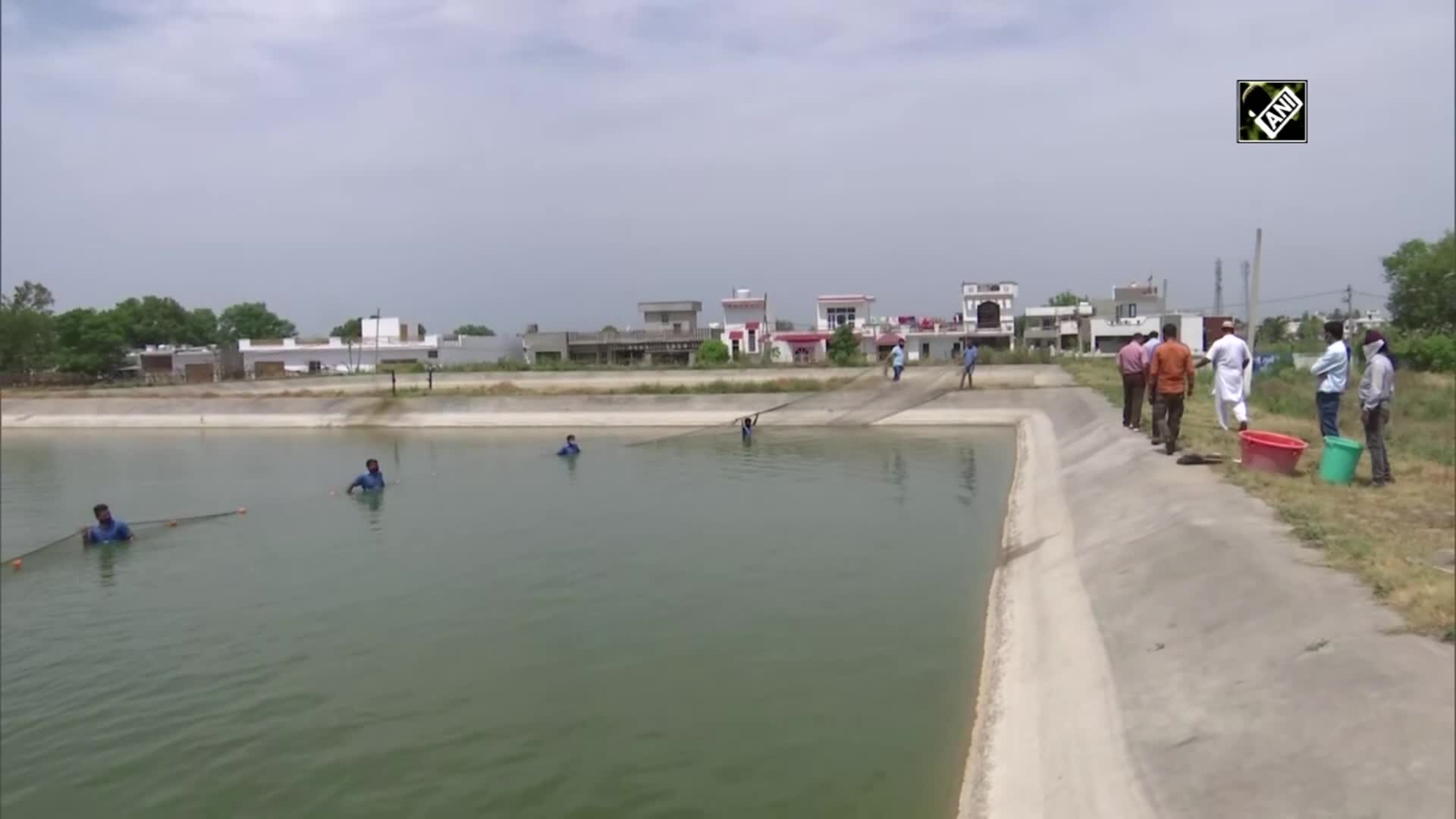 Jammu (J&K), June30 (ANI): Under Pradhan Mantri Matsya Sampada Yojana, a training programme was organised in which farmers were trained about the fishing techniques. The aim of the programme was to give information to them about fish farming and to increase their income. This scheme was launched by Prime Minister Modi on Spetember10, 2020, with an aim to enhance the fish production and development of fisheries in India. According to the official, “Farmers under this scheme are earning approximately 70,000-1,00,000 whereas in traditional method they earned only 10,000-12,000 per two kanals”