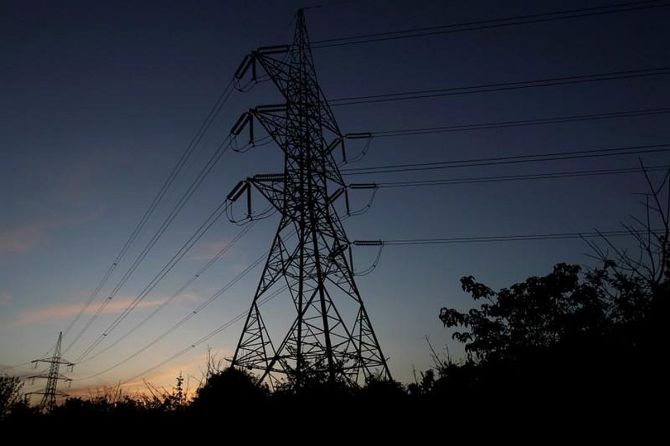 Briefing after the CCEA meet here, Power and New & Renewable Energy Minister R K Singh said, “We have done a lot for power distribution reforms. It needs to be strengthened. Today, the Cabinet has approved the new scheme worth Rs 3.03 lakh crore, including Rs 97,000 crore central outlay.”

He said the funds would be given to power distribution companies (discoms) to strengthen their system.

The minister said the work of strengthening the system of discoms “is under process so far and the basic challenge is that we need to do back-end strengthening to commensurate with our expansion (of power sector), which is the main objective of this scheme”.

He also said there is a difference between this scheme and earlier scheme as this fund allocation would be conditional.

All those discoms that are in losses would not be able to get funding under this scheme unless they make plan to reduce the loss trajectory, get it approved by the state and submit that to the Centre, the minister said.

Under the scheme, the target is to reduce aggregate technical and commercial (AT&C) loss to 12 per cent in the next five year, Singh said.

Currently, the AT&C losses are at around 21 per cent, the minister added.

The minister also informed about the government’s intention to bridge the gap between average cost of service (ACS) and aggregate revenue realised (ARR) for power supply.

The Reform-Based Result-Linked Power Distribution Scheme was announced in Budget earlier this year.

It provides state-specific intervention in place of ‘one size fits all’.

For availing this scheme, the states will have to pre-qualify criteria like publication of audited financial reports, upfront liquidation of state government’s dues and subsidy to discoms, and non-creation of additional regulatory assets.

It is proposed that the currently, the ongoing projects under IPDS, DDUGJY schemes along with PMDP-2015 for Jammu & Kashmir (J&K) and Ladakh would be subsumed in this scheme.

And, the savings of their gross budgetary support (Rs 17,000 crore) would be part of the total outlay of the revamped distribution sector scheme under the existing terms and conditions till their sunset on March 31, 2022.

The revamped distribution sector scheme would be available till 2025-26.

REC and PFC have been nominated as nodal agencies for facilitating the implementation of the scheme.

It also eyes improvement in the quality, reliability, and affordability of power supply to consumers through a financially sustainable and operationally efficient distribution sector.

It provides for annual appraisal of the discom performance against pre-defined and agreed upon performance trajectories including AT&C losses, ACS-ARR gaps, infrastructure upgrade performance, consumer services, hours of supply, and corporate governance.

Discoms have to score a minimum of 60 per cent of marks and clear a minimum bar in respect to certain parameters to be able to be eligible for funding against the scheme in that year.

The scheme has a major focus on improving electricity supply for the farmers and for providing daytime electricity to them through solarisation of agricultural feeders.

Under the scheme, works of separation of 10,000 agriculture feeders would be taken up with an outlay of almost Rs 20,000 crore.

This scheme converges with the Pradhan Mantri Kisan Urja Suraksha Evem Utthan Mahabhiyan (PM-KUSUM) Scheme, which aims to solarise all feeders and provide avenues for additional income to farmers.

A key feature of the scheme is to enable consumer empowerment by way of prepaid smart metering to be implemented in the public-private partnership (PPP) mode.

In all, 25 crore smart meters are planned to be installed during the scheme period.

It is proposed to install 10 crore prepaid smart meters by December 2023 in the first phase.

For prepaid smart metering, a grant of Rs 900 or 15 per cent of the cost per consumer meter worked out for the whole project, whichever is lower, shall be available for ‘other than special category’ states.

For ‘special category’ states, the corresponding grant would be Rs 1,350 or 22.5 per cent of the cost per consumer, whichever is lower.

In addition, the discoms can also avail an additional special incentive of 50 per cent of the grants if they install the targeted number of smart meters by December 2023.