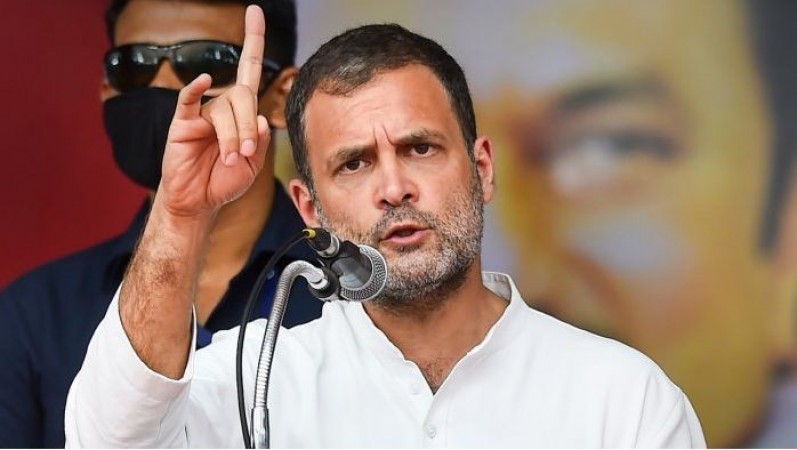 New Delhi: Former Congress National President Rahul Gandhi has once again slammed the Central government over rising oil prices. In this month also petrol prices in many states went above Rs 100 per litre, while diesel prices were also around Rs 90. Meanwhile, Rahul Gandhi tweeted that “Long-inconvenient queues for public transport are not just because of covid restrictions. See petrol-diesel rates in your city to find out the real reason.”

See the rates of petrol-diesel in your city to find out the real reason. #TaxExtortion

After this hike in oil prices, petrol in Delhi has gone up to Rs 98.81 per litre. While diesel is selling at Rs 89.18 per litre. According to media reports, petrol became costlier by 35 paise on June 29 i.e. yesterday. On the other hand, diesel prices have also increased by 28 paise. Petrol has crossed Rs 100 per litre in many states and Union Territories. After Rajasthan, Madhya Pradesh, Maharashtra, Andhra Pradesh, Telangana, Karnataka, Jammu and Kashmir, Odisha, Tamil Nadu and Ladakh, petrol is now being sold at Rs 100 per litre in many cities of Bihar.

Kangana Ranaut raged on Taapsee Pannu said, ‘The one who used to beg to producer..’

Body of Mandira Bedi’s husband was taken for the last rites, the actress is also present