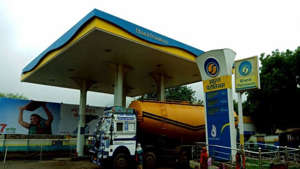 
Petrol, diesel prices continue to remain at record highs with no reduction in rates. The prices, however, were kept unchanged on July 1 after the last hike on June 29.

The increase on June 29, 32nd in less than two months, took fuel rates across the country to fresh highs with petrol price in Delhi closer to the Rs 99 per litre mark while diesel crossing Rs 89 per litre mark.

Like Delhi, in Mumbai, Chennai and Kolkata also, both the fuels continued to be retailed at the previous day’s rate.

The fuel prices also remained the same in Kolkata where a litre of petrol was cost at Rs 98.64 while that of diesel priced at Rs 92.03.

Rates of diesel, the most used fuel in the country, have crossed the Rs 100-a-litre mark in Sri Ganganagar and Hanumangarh in Rajasthan as well in a couple of places in Odisha.

And now, rates are inching closer to that mark in Chennai. Oil companies revise rates of petrol and diesel daily based on the average price of benchmark fuel in the international market in the preceding 15 days, and foreign exchange rates.

International oil prices have climbed in recent weeks on optimism of a quick recovery in fuel demand.