SRINAGAR:  Amid a controversy over alleged forcible marriage and conversion of a few Sikh girls to Islam in Kashmir, a prominent Sikh leader on Wednesday said there were no forced conversions and demanded implementation of the Inter Caste Marriage Act and the anti-conversion law in J&K.

“It (forcible conversions and marriage) is a very sensitive issue. We don’t want to give it any colour. Kashmir is a very sensitive place,” said Jagmohan Singh Raina, chairman of the All Parties Sikh Coordination Committee (APSCC), while addressing the media. 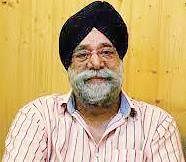 The Sikhs and Muslims, he said, have been living in amity and they want that communal harmony and brotherhood should continue.  Sikh groups have alleged that at least two Sikh girls were forcibly married to Muslim youth and converted  to Islam.

On some Sikh leaders visiting Kashmir and alleging forced marriage of Sikhs girls and their forcible conversions, APSCC chief said, “These leaders have been here, we thank them. But we don’t want to give it a political colour and don’t want the Kashmir situation to get disturbed.”

“We don’t want to talk politics. They wanted the Delhi, Punjab and UP fight to take place in Kashmir. We won’t allow it,” he asserted. Singh demanded that the Inter Caste Marriage Act and anti-conversion law be implemented in J&K. He said once these laws are implemented, the inter-caste marriages would come to an end automatically and it will also stop forcible conversion of people belonging to any religion whatsoever.

Questions selective hue and cry
Raina said over the years, the members of elite political families of Jammu and Kashmir have entered into inter-caste marriage but nobody pointed fingers at them. “Whenever such an incident happens in a normal (ordinary) family, the issue gets blown out of proportion,” he asserted.