Google has filed its first monthly transparency report as required by the new IT rules, making it the first large company to do so since the rules came into effect last month. Facebook says it plans to file a similar report soon. Twitter, meanwhile, continues to face a barrage of police cases.

Also in this letter:

🎙️ The Rundown by ETtech, our weekly Clubhouse chat show, is back for Season 2!

Do join us at 9 pm tomorrow, July 1, for a discussion on the past, present and future of crypto in India. Featuring: Nischal Shetty, Founder and CEO of WazirX, Anand Venkateswaran aka Twobadour, Partner at Metapurse, Sowmay Jain, Co-founder of Instadapp, Sandeep Nailwal, Co-founder of Polygon, and Navin Surya, Chairman Emeritus of the Payments Council Of India. RSVP here.

Now back to the news.

Google has published a report with information on the number of complaints it received from users in India in April and the actions it took.

Why? Under the new IT rules, “significant social media intermediaries” — those 5 million registered users or more — are required to publish a compliance report every month with the details of complaints received and action taken.

What’s in the report? The tech giant said it received 27,762 complaints in India between April 1 and April 30. The vast majority — 96.2% — of these complaints were related to copyright issues, followed by trademark (1.3%), defamation (1%) and other legal issues (1%). The rest of the complaints were about things such as counterfeit (0.4%) and circumvention (0.1%). Counterfeit requests are related to the sale or promotion of counterfeit goods while circumvention requests are related to content with tools to bypass copyright technological protection measures.

Content removed: Google said it removed 59,350 pieces of content, 98.4% of them over copyright infringement and 1.6% over trademark issues.

Google noted that this data includes individual user complaints received via designated channels and complaints accompanied by a court order. It does not include government requests to remove content, which is reported in its existing transparency report twice a year. Between July 1, 2020 and December 31, 2020, Google received 990 requests from the Indian government to remove 7,023 items.

Two-month lag: The company plans to include data on content removals due to automated detection as well as those related to impersonation and graphic sexual content complaints received after May 25, 2021 in future reports. There will however be a two-month lag for reporting to allow sufficient time for data processing and validation, it said.

Yesterday, Facebook said it will release a similar transparency report next month with information on content takedown requests it received from the government and users in India between May 15 and June 15, and the action it took.

Meanwhile, Shashi Tharoor-led Parliament Standing Committee on Information Technology questioned Google and Facebook on Tuesday over issues related to the misuse of their platforms and protection of citizens’ rights. It has also written to Twitter India seeking an explanation on why the account of Information Technology Minister Ravi Shankar Prasad was briefly locked last week. 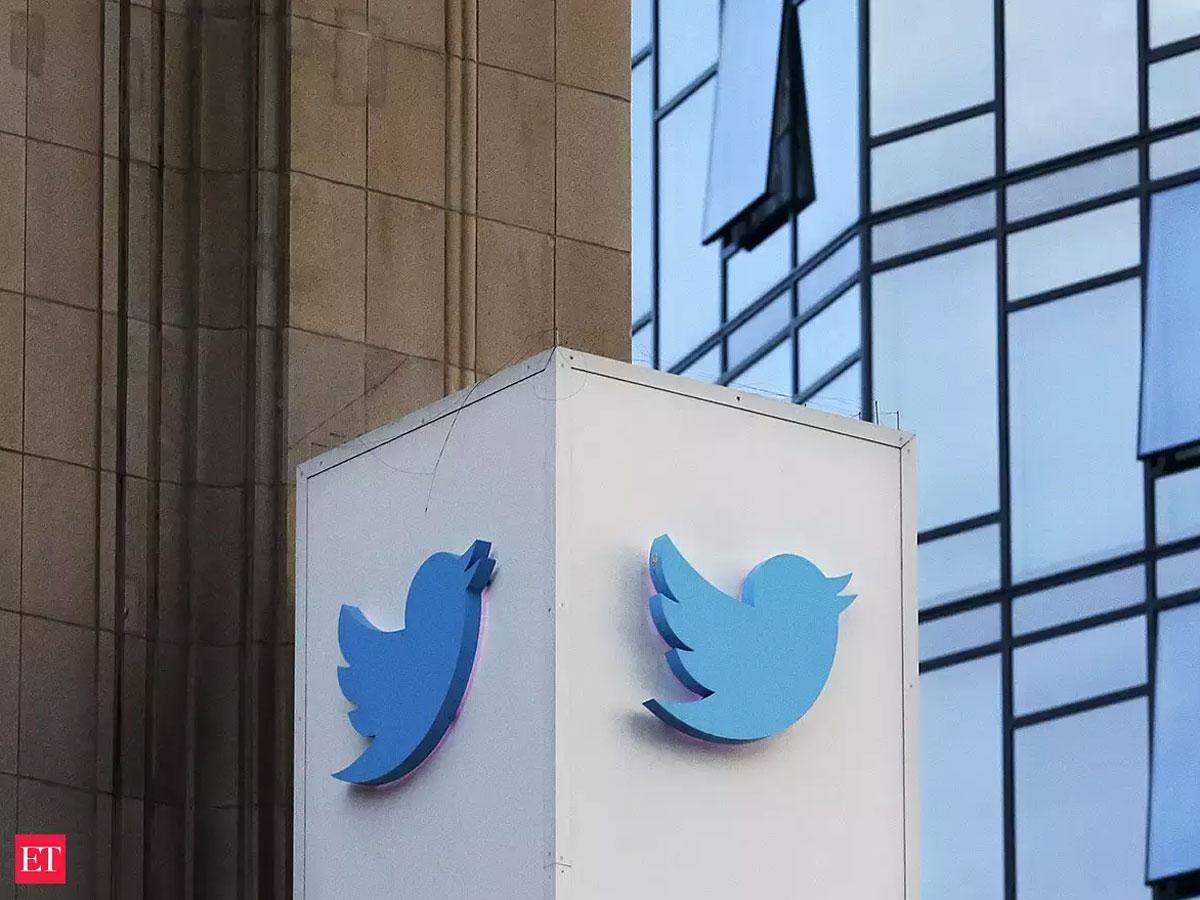 The police cases against Twitter continue to pile up, with three being filed in just two days.

What’s happening? The Madhya Pradesh police have registered a case against Twitter India MD Manish Maheshwari and others for showing a distorted map of India on its website. This comes soon after the Bulandshahr police in Uttar Pradesh filed an FIR against Maheshwari and news partnerships head Amrita Tripathi over the same map.

The two have been booked under Section 74 of IT (Amendment) Act 2008 and Section 505 (2) of the Indian penal code (creating or promoting enmity, hatred or ill-will between classes).

Recap: Twitter’s Careers section on its website briefly had a map showing Jammu & Kashmir and Ladakh as separate countries and not part of India. The firm later removed the map.

Delhi Police case: The Delhi Police also filed a case against Twitter on Tuesday over alleged sharing of child pornography over the platform, based on a complaint filed by the National Commission for Protection of Child Rights (NCPCR). Last month, the child rights body had asked the Delhi Police to book Twitter India under three sections of the POCSO Act, after claiming that it had conducted an inquiry and had found child sexual abuse material on the platform.

Yesterday, the UP State Police had filed an appeal in the Supreme Court against a Karnataka High Court order that granted Maheshwari protection from arrest. The Twitter India executive also moved the apex court with a caveat petition stating that no interim order ought to be passed before he has a chance to be heard.

Meanwhile, the Karnataka High Court yesterday adjourned the hearing of a petition filed by Maheshwari to July 5. His petition challenges a UP Police notice asking him to appear in person for questioning at a Ghaziabad police station in connection with a viral video of an attack on an elderly man that was shared on the platform.

These developments came amid a series of disagreements between Twitter and the government over the past weeks. It started as a standoff over the company tagging tweets by BJP leaders as ‘manipulated media’, after which the government accused the platform of not complying with the new IT rules.

The startup will now deploy its cloud-based hotel management software ‘Hotel Superhero’ across several Accor hotels worldwide. The investment comes after one of the co-founders, Rahul Chaudhary, exited the company last week.

■ CredR, an omnichannel marketplace for used two-wheelers, has secured $6.5 million funding led by Yamaha Motors, and existing investors Omidyar Network India and Eight Roads Ventures. Early-stage VC fund Astarc Ventures also participated in the round. The company plans to use the funds to consolidate its market position, strengthen its tech platform and expand customer offerings.

■ Edtech startup Nalanda Learning Systems has landed Rs 40 crore from Aavishkaar Capital to expand its operations across the country. The startup owns the ‘Little Laureates’ brand, under which it runs pre-schools across eastern India.

■ Pernod Ricard, a French company that produces alcoholic beverages such as Absolut and Chivas Regal, is launching a venture fund in India that will back and mentor smaller firms, startups and adjacent businesses such as restaurants.

Why so predictable? Facebook has launched a standalone publishing platform called Bulletin that allows writers to publish free and paid newsletters that can also be shared on Facebook and across the web.

Details: While users won’t need a Facebook account to subscribe to the newsletter, Bulletin is integrated into social networking giant for additional functionality such as creating groups (free or subscriber-only) and using Facebook Live or live audio rooms. It is also integrated with Facebook Pages and will be eligible for distribution through the company’s news product. Writers will, however, have full ownership of the content and the subscriber list.

Payments will be processed by Facebook Pay, and while the company will not take a cut of the revenue from Bulletin creators at launch, this could change later. Substack takes a 10% cut of paid newsletters while Twitter-owned Revue currently takes a 5% cut from paid newsletters.

That said, the design and format of Bulletin’s newsletters are identical to Substack’s.

At launch, Facebook is working with a select group of US creators and it plans to bring in more international creators in the future. The lineup includes sports broadcaster Erin Andrews, best-selling author Malcolm Gladwell, television personality Tan France, and veteran journalist Ron Claiborne.

What happened? Earlier this week, privacy and security resource center RestorePrivacy reported that a hacker was in possession of 700 million LinkedIn user records and had posted a sample — one million records — on a popular hackers’ forum.

A LinkedIn data leak in April allegedly affected 500 million accounts. The hacker told the firm that the data was obtained through LinkedIn’s application programming interface (API).

What’s LinkedIn saying? The Microsoft-owned platform said an initial investigation found that the data was scraped from the site as well as various other websites and “includes the same data reported earlier this year in our April 2021 scraping update”.

“We want to be clear that this is not a data breach and no private LinkedIn member data was exposed. Any misuse of our members’ data, such as scraping, violates LinkedIn terms of service. When anyone tries to take member data and use it for purposes LinkedIn and our members haven’t agreed to, we work to stop them and hold them accountable,” LinkedIn wrote in a note on its website.

Today’s ETtech Top 5 was written by Vikas SN in Bengaluru and edited by Zaheer Merchant in Mumbai.