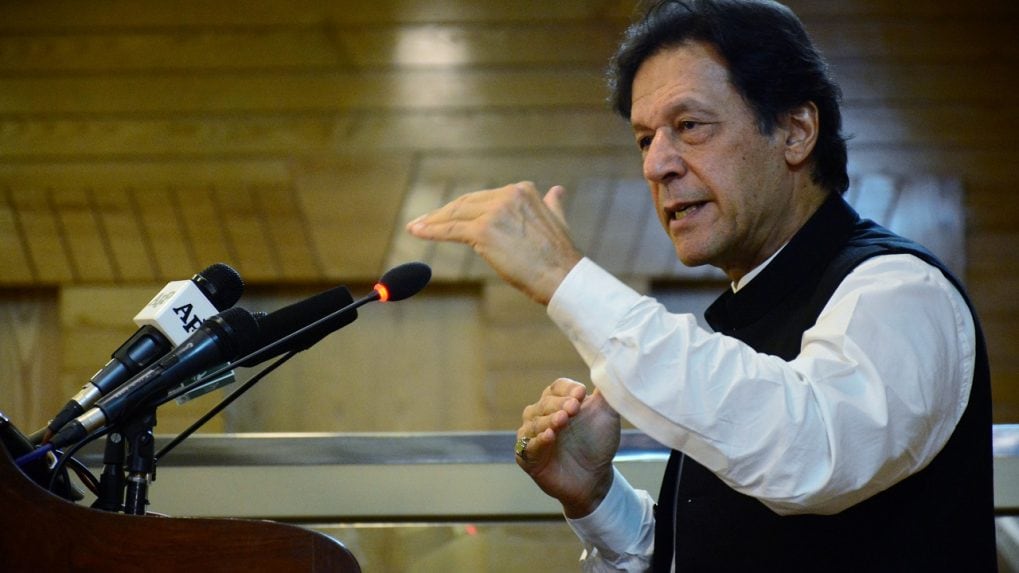 Pakistan’s Prime Minister Imran Khan yet again refused to acknowledge the persecution of Uighurs in China in a recent interview.

When asked why he was so vocal about Islamophobia in the West but silent on the alleged genocide of Uighurs, Khan said that all issues were discussed with China “behind closed doors”.

Imran Khan has often spoken against the attacks on Muslims across the globe. He even wrote an open letter to the leaders of Muslim states calling on them to unite against Islamophobia. Khan stressed that there is a big communication gap between the Islamic world and Western societies.

However, he has time and again refused to comment on the treatment of Uighurs. Khan has also maintained that China is a close ally and supported Islamabad in the toughest of times.

Why can’t Pakistan afford to call out China?

Islamabad depends heavily on Beijing for economic and political support despite disputes over debts and stalled building projects on the China-Pakistan Economic Corridor (CPEC), which is a $60 billion Belt and Road Initiative by Beijing.

Pakistan’s finances are in a bad shape, with the country’s total debt and liabilities having risen to Rs 45.470 trillion at end of March 2021.

To boost Pakistan’s morale, Beijing has offered to increase the investments and loans to Islamabad, the Frontier Post reported. The report added that the offer to increase its financial assistance, however, comes with a caveat that China expects Pakistan to take a bold stand with regard to its policies with the US

Furthermore, Beijing has never hesitated from expressing its views over the Kashmir issue, asking India and Pakistan to avoid actions that “unilaterally” change the status quo and exacerbate tensions between them.

In December 2021, China organised a joint exercise of its air force with that of Pakistan, saying the drills were not directed against any third country and India should view them objectively. The exercise was held in the midst of an eight-month-long military standoff between Indian and Chinese troops in eastern Ladakh

Who are Uighurs and why is China targetting them?

The Uighurs are Turkic-speaking Muslims from the Central Asian region.

In recent decades, Beijing has recast the Uighur ethnic group as a terrorist collective and carried out a sweeping crackdown in the Xinjiang region under the banner of counterterrorism.

According to reports, more than one million Uighurs, Kazakhs, and other Muslim minorities are detained at camps in a vast Chinese internment system.

Chinese authorities have been accused of imposing forced labour, systematic forced birth control, torture and separating children from incarcerated parents. China says the crackdown in Xinjiang is necessary to prevent terrorism and root out Islamist extremism.

The detention centres first surfaced in 2014 when the authorities launched a new “strike hard” campaign against terrorism after deadly violence in Xinjiang.

But the build-up began in early 2017, with local governments in Xinjiang ordered to speed up the construction of “concentrated educational transformation centres for focus groups”.

How has the rest of the world responded?

China is facing mounting criticism over its treatment of the Uighur population. Rights groups have been increasingly calling on China to ease its policies on Uighurs and other ethnic minorities in the region.

The UN recently issued a statement on behalf of 42 countries urging China to allow immediate, meaningful and unfettered access to Xinjiang for independent observers.

The statement highlighted reports of torture or cruel, inhuman and degrading treatment or punishment, forced sterilization, sexual and gender-based violence, and forced separation of children from their parents by authorities.

Canada and Britain’s parliament also called on their respective governments to end what lawmakers described as genocide in China’s Xinjiang region.

The United States, the European Union, Britain and Canada also imposed sanctions on Chinese officials for human rights abuses in Xinjiang, the first such coordinated Western action against Beijing under new US President Joe Biden.