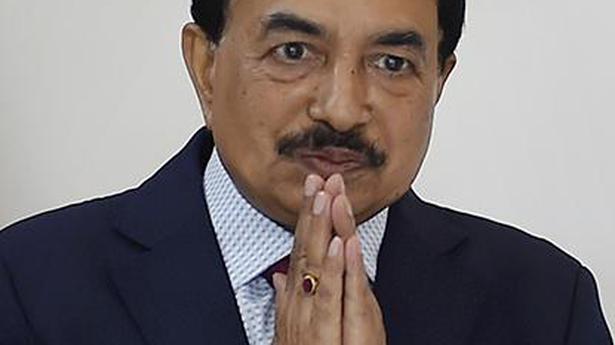 We expect stakeholders will cooperate and provide valuable suggestions to complete task in time, it says

The Delimitation Commission chaired by Justice (rtd.) Ranjana Prakash Desai on Wednesday decided to visit Jammu and Kashmir from July 6 to July 9 “to gather firsthand information and input concerning the ongoing process of delimitation” of Assembly seats, the Commission said.

“The Commission expects that stakeholders will cooperate in this endeavour and will provide valuable suggestions so that the task of delimitation is completed timely.”

In the Jammu and Kashmir Reorganisation Act, 2019, which split the then-state into two Union Territories — J&K with an Assembly and Ladakh without one — delimitation was mandated on the basis of the 2011 Census. The Commission, which was set up in March 2020 for a year and then had its term extended by one year till March 2022, has five associate members, including two BJP MPs from Jammu and three National Conference MPs representing Kashmir.

The Commission had invited the associate members for a meeting on February 18. However, only BJP’s Jitendra Singh and Jugal Kishore Sharma attended. The NC MPs boycotted it saying they had challenged in the Supreme Court the Act passed by Parliament in August 2019. The Act also mandated the setting up of the Commission to add seven constituencies to the 83-member Assembly.

“A number of representations has also been received on various aspects concerning delimitation from civil societies and members of public from the Union Territory. The Commission has already taken note of all such suggestions and directed that these may be deliberated further in the context of ground realities concerning delimitation.”

“Dr. Abdullah has been authorised to take a final call on joining it once he receives a formal invite. The final decision will be conveyed to the Commission accordingly,” an NC leader said.

The NC has been insisting on restoring J&K’s statehood after the Commission completes its process. However, the BJP has hinted that it will first hold elections after the delineation of new constituencies is completed.