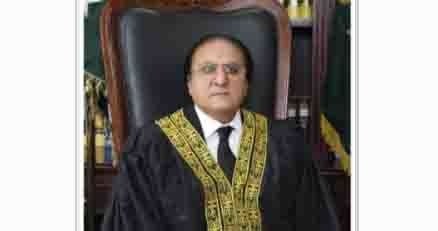 MUZAFFARABAD: Chief Justice of Azad Jammu and Kashmir (AJK) Justice Raja Saeed Akram has deferred the yearly summer vacations in the apex court until an unspecified period, it was announced here on Wednesday.

Under Article 42 (3) of the AJK Constitution, the AJK Supreme Court consists of three judges, including the CJ.However, since December last year acting CJ Raja Saeed Akram was the only judge in the AJK apex court due to which its functioning was greatly disturbed.

However, on May 26 this year Justice Khawaja Mohammad Naseem and Justice Raza Ali Khan were elevated as judges of the apex court, less than a week after the confirmation of Justice Akram as permanent CJ on the advice of the chairman AJK Council – the prime minister of Pakistan.

Sources in the apex court told Dawn that in the wake of accumulation of cases during the shortage of judges, the CJ had decided to defer vacations and instead continue hearings without any break to clear the backlog.

Meanwhile, on Wednesday the AJK CJ also inaugurated ‘videoconferencing technology’ in the apex court after the Rawalakot circuit was connected with the principal seat through a video link.

Shortly afterwards, a division bench, comprising the chief justice and Justice Raza, heard and disposed of four cases in Rawalakot circuit through the video link.

The chief justice observed that the video link arrangement would help dispense speedy justice in Poonch district, where travelling by road was often obstructed by heavy snowfalls and landslides in the harsh winter season.

Additionally, he said, the facility would also help save resources and time of the litigants and lawyers.

The CJ appreciated the efforts of Ms Shahzad and the Information Technology Board team for realising his desire to launch the video conferencing facility in the apex court.

According to the court’s website, hearing of cases in Rawalakot circuit via video link would also continue on Thursday.

Holidays in AJK schools from July 10

The elementary and secondary education secretariat in Azad Jammu and Kashmir (AJK) on Wednesday announced a month long summer vacation in all state run and private schools, including the private tuition academies.

According to an order issued by the secretariat, the vacation starting from July 10 and ending on August 10 would be observed in all summer station schools.

However, the order would not be applicable to the winter station schools, which would instead continue their academic process during this period as per their routine.