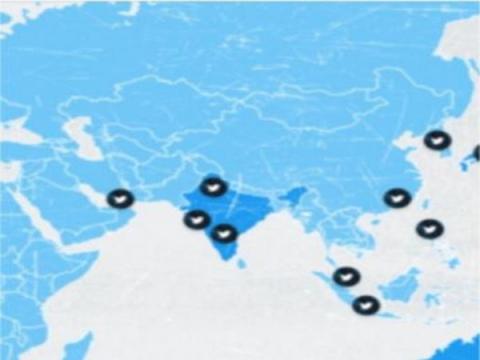 Twitter has removed an incorrect map of India from its website that showed Jammu and Kashmir and Ladakh as not part of India following a backlash from its users.

The map displayed in the “Tweep Life” section of Twitter’s website showed J&K and Ladakh outside India.

According to NDTV, government sources had warned of tough action, saying that the distortion of the country’s map is a serious offence.

Twitter is a repeat offender, said sources. In the past, it had shown Leh as a part of Jammu and Kashmir and Ladakh as a part of China.

“Twitter is confirming by its actions the apprehensions expressed widely in the last few months about its bias towards Indian interests and sensitivities. Twitter’s mischievous representation of Indian Map is strongly condemned. Twitter has to follow law of land..!”  tweeted BJP leader P Muralidhar Rao.

This is the latest feud between the Modi government and Twitter.

Over the past several weeks, Twitter and the government had been at loggerheads over several issues from the tagging of BJP leaders’ posts as “manipulated media” to its dragging its feet over the compliance of new rules for social media sites. (SAM)