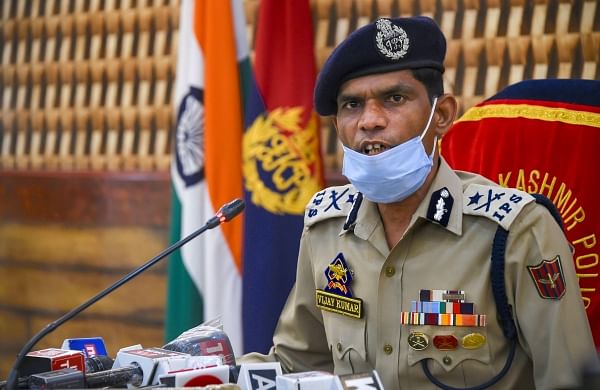 “The cops are locals and they have to live with their families. We cannot keep them in camps like personnel of other security forces. They become soft targets. If they (terrorists) continue to target them (police personnel), we know how to deal with them. I have 24 years of experience, we know how to counter this,” Kumar told reporters at a press conference here.

He said that militants should not resort to killing innocent people. “I advise them (militants) not to get involved in these acts,” Kumar said.

Referring to the killing of CID inspector Parvez Ahmad Dar last week, Kumar said the militants were resorting to soft target killings in order to create fear psychosis. “What had the inspector done? After office, he had gone to the mosque to offer prayers. Two terrorists shot him from behind. He was not part of SOG or any anti-terrorism squad. Just to create fear psychosis, they are targeting innocent people,” he said.

Briefing the media about the operation that led to the killing of top Lashkar-e-Taiba commander Nadeem Abrar and his Pakistani associate at Maloora on the outskirts of the city, the IGP said it was a major success for security forces.

Kumar said there was nothing to worry on account of militants active in Srinagar. “We will soon neutralise the module active in Srinagar. There are some sleeper cells which we call part time or hybrid terrorists. We are tracking full time terrorists but there is difficulty in tracking the part time terrorists as they go back to their normal work after carrying out an incident. But we will get them soon,” he said.

Kumar said that police are letting militants surrender during live encounters while the security forces will gather information, track down and neutralise every terrorist who is involved in the killing of security forces personnel and civilians.