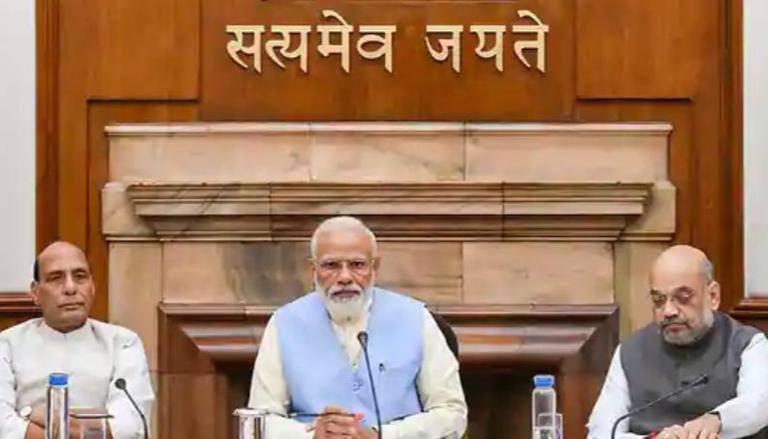 Returning from his three-day visit to forward posts in Leh and Ladakh, Union Defence Minister Rajnath Singh has arrived at Prime Minister Narendra Modi’s residence to brief him on matters of national security, sources said. Union Home Minister Amit Shah and NSA Ajit Doval have also arrived at 7 Lok Kalyan Marg for the meeting chaired by PM Modi, which is set to be attended by other top ministers as well. Apart from taking stock of the situation at the borders, sources say that the Prime Minister will also be discussing his outreach programme with mainstream Jammu & Kashmir politicians last week.

The key meeting comes after Defence Minister’s affirmation that the Prime Minister will also be reaching out to political leaders of Ladakh soon, as he plans to bolster to return democracy in the now bifurcated region of Jammu & Kashmir. The Defence Minister was on a tour of Leh and Ladakh where he reviewed border security at the Line of Actual Control (LAC) and various forward posts.

Sources have informed that the recent drone attack on the Indian Air Force’s Jammu station will also be discussed in the high-level meeting. A first of its kind, the drone attack in the premises of the technical area of the Jammu airbase led to two IAF personnel sustaining minor injuries. The case has been handed over to the National Investigation Agency. Hours later, two more drones were spotted over the Kaluchak military station in the wee hours on Monday. The drones hovering in the Jammu airspace were thwarted and were forced to fly back without causing any damage.