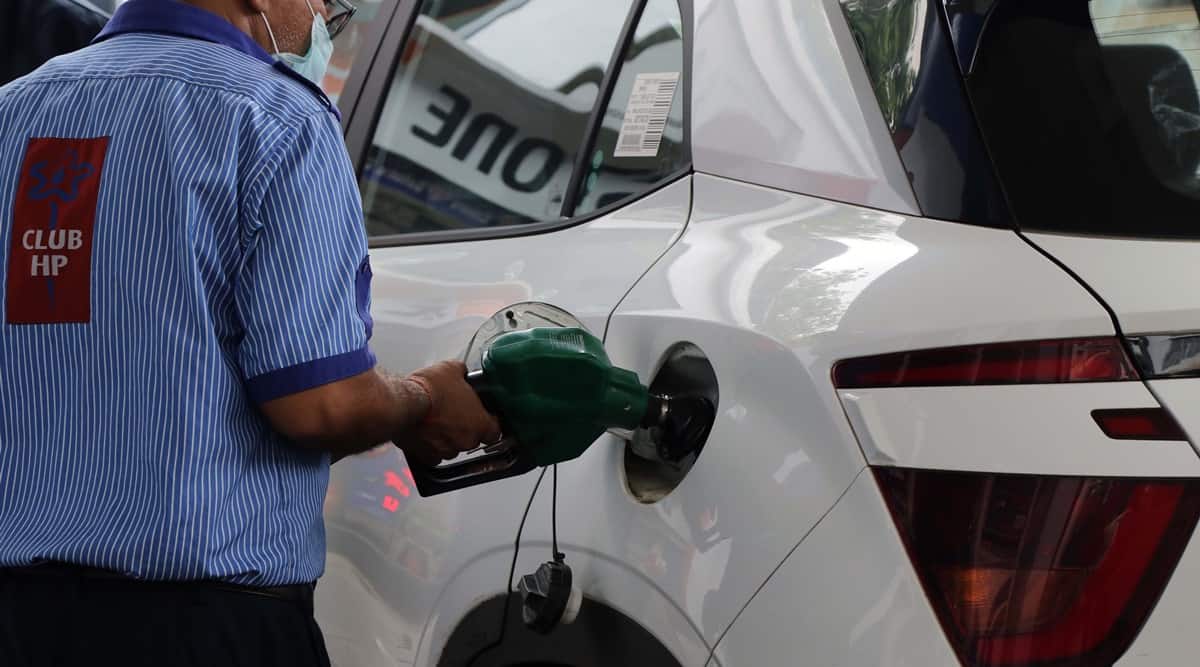 The price of petrol in Delhi stands at Rs 98.81 per litre while that of diesel is at Rs 89.18. In Mumbai, petrol currently costs Rs 104.90, while diesel is retailing at Rs 96.72, data available on Indian Oil Corporation’s website showed.

In the month of June, the auto fuel prices were hiked on 16 occasions. This follows the 16 hikes in the month of May after the oil marketing companies (OMCs) resumed their price revisions ending an 18-day hiatus that coincided with the assembly elections in key states. During the past two months, petrol price has increased by Rs 8.41 per litre and diesel has climbed by Rs 8.45 in New Delhi.

Following the recent hikes since May 4, the price of petrol has crossed the Rs 100-per-litre mark in at least 12 states and union territories including Rajasthan, Madhya Pradesh, Maharashtra, Andhra Pradesh, Telangana, Ladakh, Karnataka, Jammu and Kashmir (J&K), Odisha, Tamil Nadu, Bihar and Kerala.

Last month, Bhopal became the first state capital to have petrol hit the three-figure mark followed by Jaipur and Mumbai. Earlier this month, Hyderabad and Bengaluru had also joined this list followed by Patna and Thiruvananthapuram. Now, Chennai is on the verge of this psychological landmark with petrol retailing at Rs 99.80.

In February, the petrol price had breached the Rs 100-mark in two districts in Rajasthan and Madhya Pradesh, which levy the highest VAT on the fuel in the country. In these two places, the key auto fuel stood at Rs 110.04 in Rajasthan’s Sri Ganganagar, while diesel here which touched the three-figure mark earlier this month, is currently available at Rs 102.42 per litre. In Madhya Pradesh’s Anuppur, petrol costs Rs 109.65 per litre and diesel is selling for Rs 100.32.

Auto fuel prices in the country differ from state to state depending on the local taxation (VAT) and freight charges. Apart from this, the central government charges an excise duty on auto fuels.

OMCs revise rates of petrol and diesel daily based on the average price of benchmark fuel in the international market in the preceding 15-days and foreign exchange rates.

Here’s what you pay for a litre of petrol and diesel in your city on Wednesday, June 30, 2021: