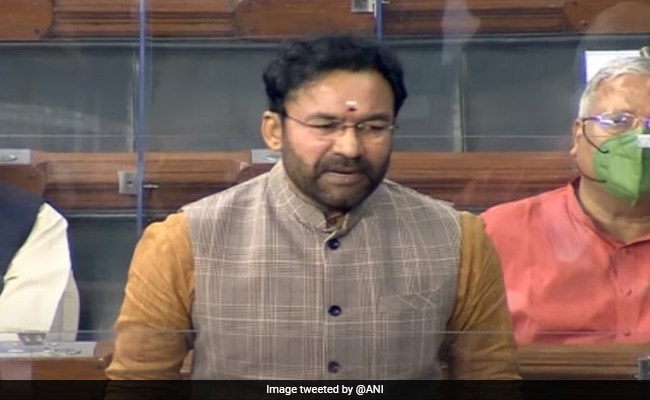 Union Minister of State for Home affairs G Kishan Reddy asserted that Pakistan’s role cannot be denied in the Jammu Air Force station attack that was orchestrated through drones at the midnight of June 26.

Speaking to ANI, Mr Reddy said, “Pakistan is dropping AK-47s and drugs inside the border at night time through drones. We have a long border, despite which our security forces have stopped many drones from entering the Indian side. Drones seen inside our land have been destroyed. Our forces will continue doing this work vigorously in the coming days.”

“Investigation is underway and the security forces are on high alert, but one cannot deny the role of Pakistan,” he added.

On the Jammu IAF station attack, the MoS Home added, “The security forces are discussing the matter at a high level, and some decisions have been taken. As for the drone issue is concerned, the security forces will act properly.”

Mr Reddy said, “There is complete peace in Jammu and Kashmir except for the sponsored violence from Pakistan. Investigation is underway.”