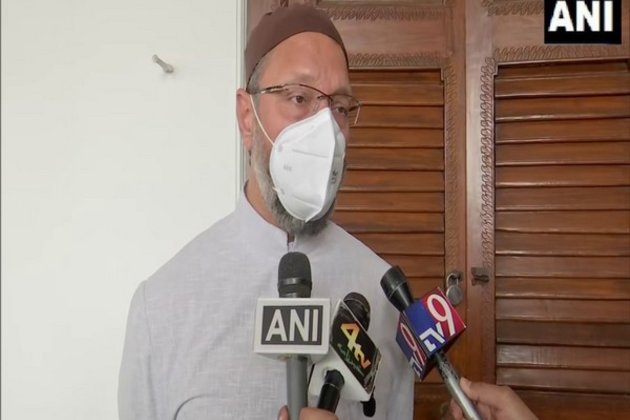 Hyderabad (Telangana) [India], June 29 (ANI): AIMIM chief Asaduddin Owaisi on Monday asked why there was no air defence over Jammu airbase, where two twin blasts took place on Sunday, despite India having a “defence budget of Rs 3 lakh crores”.

Speaking to the media here, Owaisi also took a swipe at the Centre over the attack and asked if India would continue UAE-mediated talks with Pakistan.

“We spend Rs 3 lakh crore on national defence every year. Why were there no air defences over an airbase? Where is the money going?” he asked.

He termed the drone attack on the Jammu air base as “yet another attack on our security establishments and it needs to be treated as a cross-border act of war.””It is a Pulwama-like attack on Jammu Airbase. The responsibility falls on the Central government. We must treat this just like Pulwama and any other act of war,” he said.

Cornering the Centre, he said the long-distance covered by the drones makes it seem like it is either American or Chinese and questioned if Prime Minister Narendra Modi will “ask his friends the US and China if they are part of this.””Will the Prime Minister of India display his characteristic weakness and capitulate again? Will he show his lack of understanding and involve other foreign nations again? Will he continue to talk to Pakistan in UAE-brokered talks?” he added.

There was no damage to any equipment, the IAF said. (ANI)