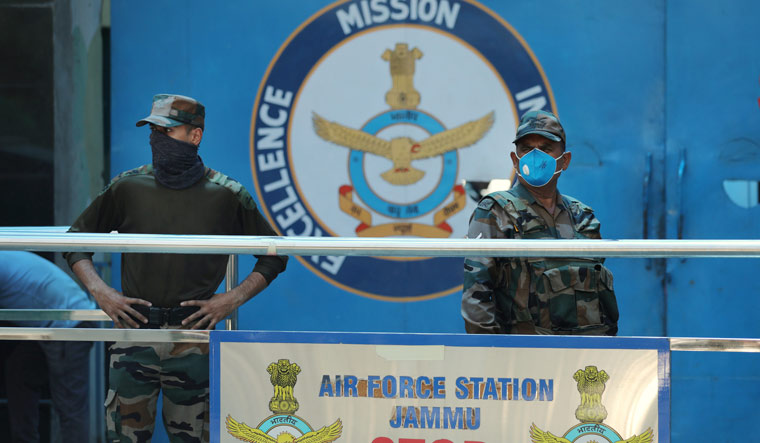 The National Investigation Agency on Tuesday filed an FIR in connection with the drone attack on an Air Force Station in Jammu, soon after the Union Home Ministry gave the charge of the probe to the premier agency.

“The case relates to an explosion that occurred inside the premises of the Air Force Station, Satwari campus, Jammu on 27.06.2021 and a subsequent blast, after about 6 minutes carried out by drones in a well-planned conspiracy that led to the injury to two Air Force personnel and damaged the office buildings,” the NIA said in a statement.

In what was the first instance of Pakistan-based terrorists deploying drones to strike vital installations, two bombs were dropped at the IAF station in Jammu in the early hours of Sunday.

The explosions took place around 1.40am within six minutes of each other. The first blast ripped off the roof of a single-storey building at the technical area of the airport manned by the IAF in Satwari area on the outskirts of the city. The second one was on the ground.

“While NIA has been working with other agencies since immediately after the incident, pursuant to reregistration of the case, requisite actions as per law, for expeditious investigation of case have been initiated,” the agency said.

The officials had said the explosive material dropped by the drones might have been manufactured using a cocktail containing RDX, but a final confirmation was still awaited.

Investigators were yet to determine the flight path of the drones that dropped the bombs as they scanned the CCTV footage, including from cameras installed on the boundary walls of the airport. However, all the CCTV cameras focused on the roadside.

The aerial distance from the Jammu airport to the international border is 14km.