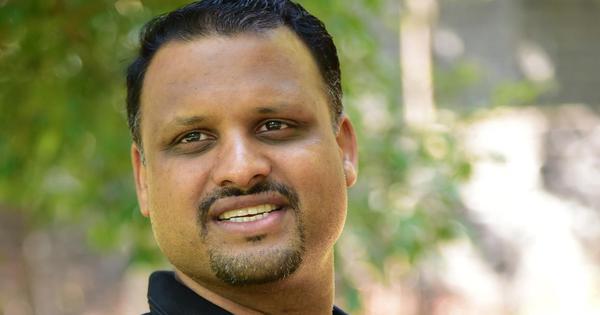 The police in Uttar Pradesh and Madhya Pradesh have filed cases against Twitter India Managing Director Manish Maheshwari for a map showing the Union Territories of Jammu and Kashmir and Ladakh as separate from India, PTI reported on Tuesday.

The map, which appeared on the career section of the Twitter website under the header “Tweep Life”, was removed on Monday night after outrage on social media.

In Uttar Pradesh, the FIR against Maheshwari was filed on the basis of a complaint by Praveen Bhati, a leader of Hindutva group Bajrang Dal leader. The FIR was filed under Section 505 (2) of the Indian Penal Code (creating or promoting enmity, hatred or ill-will between classes) and Section 74 of IT (Amendment) Act 2008. It also named Amrita Tripathi, the head of news partnerships, Twitter India.

Bhati said in his complaint that Indians were hurt by Twitter’s misrepresentation of their country’s map. “This act of treason has been committed intentionally and action should be taken,” the complaint alleged, according to NDTV.

This case filed in Madhya Pradesh was the third against Twitter amid a dispute between the social media giant and the Bharatiya Janata Party government on compliance with new information technology rules.

Last week, the Uttar Pradesh Police had asked Maheshwari to appear at the police station for questioning by 10.30 am on Thursday or face action in a case related to tweets about the assault of an elderly Muslim man in Ghaziabad district. The company has been booked for “intent to a riot, promoting enmity and criminal conspiracy” for not removing what authorities called as misleading tweets.

On June 24, the Karnataka High Court said the Uttar Pradesh Police cannot take any coercive action against Maheshwari. The matter will be again heard on Tuesday.

Maheshwari has also filed a caveat in the Supreme Court, anticipating an appeal by the Uttar Pradesh Police against the relief granted to him by the High Court, reported the Hindustan Times. He has urged the Supreme Court to hear him before passing any order.

On June 25, Union Information Technology Minister Ravi Shankar Prasad said Twitter had denied him access to his account for almost an hour, saying he had violated the US Digital Millennium Copyright Act.

Prasad said the social media company had violated the IT rules, which mandate that an intermediary must notify a user before temporarily denying him access to his account.

The new information technology rules – which were announced in February and became effective in May – are framed to regulate social media companies, streaming and digital news content, virtually bringing them, for the first time, under the ambit of government supervision.

In May, the government had also criticised Twitter’s decision to label a tweet by Bharatiya Janata Party spokesperson Sambit Patra as “manipulated media”. Then, On June 5, Twitter had briefly removed the blue check mark from the personal handle of India’s Vice President M Venkaiah Naidu. This blue tick, displayed on a user’s profile, is viewed as an indicator of legitimacy.