The 1971 war victory flame arrived in Jammu and Kashmir on June 27 as part of the 50 years celebration to make India’s triumph over Pakistan in the said war.

Residents of Baramulla city of Jammu and Kashmir paid, in a solemn wreath-laying ceremony, homage to soldiers who paid the ultimate price in the 1971 war at the Dagger War Memorial. 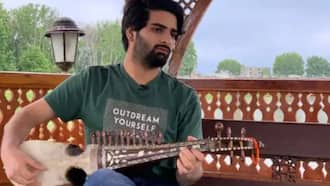 Renowned artists participated in a series of cultural festivals to mark this day which was followed by felicitation of widows (Veer Naris) and war veterans.

“We salute those who sacrificed and paid the ultimate price with ther lives for this country. Armed soldiers work round the clock to protect our border. We should work in unity towards peace in Jammy and Kashmir,” said Baramula Municipal Council President, Baramula Tauseef Raina.

Former Baramulla Municipal Council President Umar Kakroo also told the same news channel that the 1971 India-Pak war celebration torch that was lit in by India Prime Minister in New Delhi on December 16, 2020, had reached Baramulla and all the cultural activities that were organised were done in honour of the lives of those who sacrificed for the country then.

Do you have a groundbreaking story you would like us to publish? Please reach us through [email protected] or WhatsApp: 0732482690.