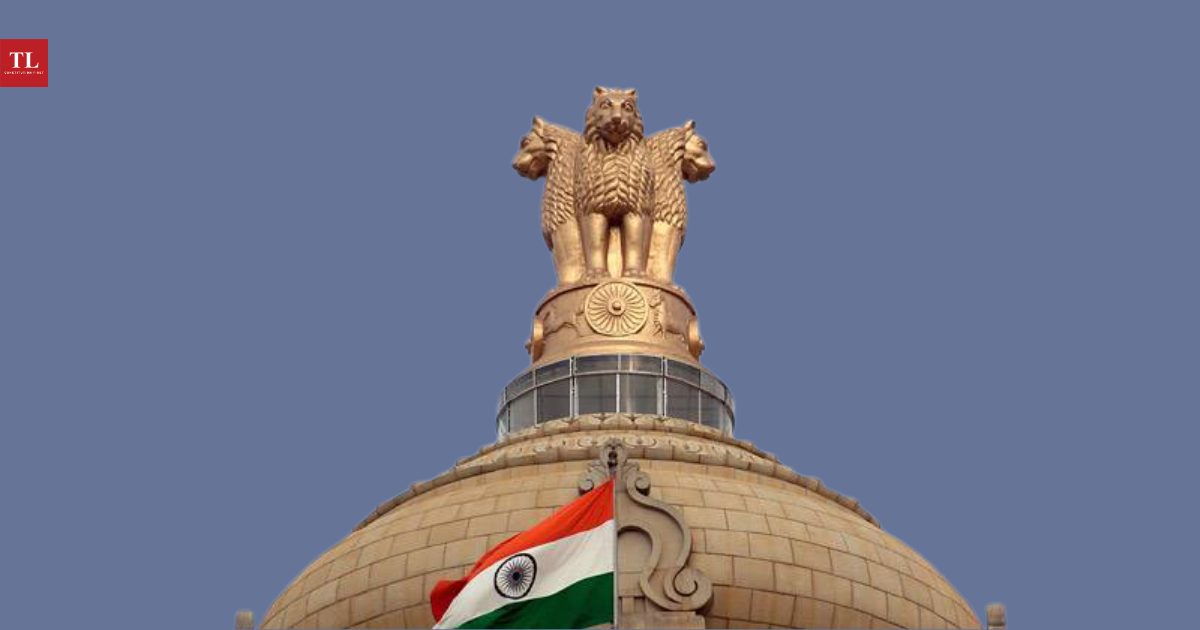 Taking us through the historical evolution of ‘coalition dharma’ in Indian politics, NEERAJ MISHRA makes the case for the Election Commission and the office of Governor to take on a greater role in ensuring stability and longevity of power-sharing agreements by locating a Constitutional mandate for them to do so.

POWER is perhaps the most powerful aphrodisiac known to man. Men found ways to establish control over society through several devices till modern democracy evolved into its present form. Now we follow a written Constitution and several rules, both written and unwritten, but do we always play by them?

Evolution of coalition politics in India

Over the past 70 years of our experience with democracy, political parties have devised increasingly novel ways to stick to power, straying blatantly from their respective ideologies in the name of coalitions and power-sharing agreements.

It perhaps started with the Samvid (Samyukta Vidhyak Dal) government in the late sixties in Madhya Pradesh, where some Congressmen under Govind Narain Singh left the Indian National Congress (INC) and joined hands with Vijayaraje Scindia’s Hindu Mahasabha to form the first coalition government in the country. Singh became the Chief Minister, supported by socialists, leftists and right-wingers.

The experiment lasted for eighteen months and was a harbinger for several things. It set the tone for the first national coalition party, the Janata Party, which came to power at the Centre in 1977. It also seemingly set a limit on the age of coalition governments at two to three years.

Most importantly though, it was the beginning of the several thousand-floor crossings that would become the norm in state legislature till the Tenth Schedule (popularly known as the ‘anti-defection law’) was added to the Constitution in 1985.

What the anti-defection law does (and does not do)

As it stands today, the Tenth Schedule bars members of legislative assemblies (MLAs) and Parliament (MPs) from crossing over to a different political party during their tenure at the pain of losing their membership. There are a few exceptions though, like a merger of two parties, and if one-third of elected members from one party join another party.

The anti-defection law halted the rampant floor crossings for some time until the last few years. Now, with the Bharatiya Janta Party (BJP), under the stewardship of present Union Home Minister Amit Shah, having turned into an unscrupulous election juggernaut, several state governments have been brought down because members of the ruling party would be coaxed or cajoled by the BJP to resign from their seats, thus bringing down their own government. These turncoat MLAs then join the BJP and contest the by-elections on a BJP ticket.

Also read: Anti-Defection Law has Failed and Should be Scrapped

The legality of a part of the Tenth Schedule was challenged by INC leader Sachin Pilot before the Rajasthan High Court last year on the basis of being violative of the right to freedom of speech and expression under Article 19(1)(a). The case could not reach a climax as Pilot and the other 18 ‘rebel’ INC MLAs in Rajasthan continued to stay in the party, abiding by its whip.

The higher judiciary will, at some point, though, have to distinguish between freedom of expression and party discipline, freedom to speak against the leader of the house and anti-party activities, and generally between intra-party dissent and defection.

Another political development of the 1990s was that of failed power-sharing within coalitions. For instance, BJP and Bahujan Samaj Party (BSP) decided to form a coalition government in Uttar Pradesh with a rotational chief ministership in 1997. At the expiry of her turn as CM for six months, BSP’s Mayawati refused to honour her party’s commitment, and withdrew support from the coalition.

The closest a power-sharing formula for the top chair came to working was in Jammu and Kashmir between 2002 and 2008, when the Jammu and Kashmir Peoples Democratic Party (PDP)-INC coalition decided to share the CM’s post for three-year tenures each. PDP’s Mufti Mohammad Sayeed completed a three-year term, but PDP pulled out of the coalition just four months before INC’s Ghulam Nabi Azad could have completed a three-year CM term. A similar understanding between the PDP and BJP failed in 2015, with the BJP, as also the ruling party at the centre, clamping President’s Rule in the state in 2018.

It is believed that after the 2018 Assembly elections in Chhattisgarh, in which the INC secured a handsome victory, the INC leadership had promised to replicate the 2003 J&K experiment in the state, with Bhupesh Baghel and T.S. Singh Deo slated to share the CM’s chair. That has, however, not come about so far.

As an aside, it is this example of power-sharing within the coalition that is now being tried in Israel, with the Prime Minister’s chair seeing a rotation arrangement for the first time. It is anybody’s estimation of how successful this can be.

Crucially, it is now time we need to question whether power-sharing within coalition governments should have any underwritten guarantees. If a Nitish Kumar, despite being the leader of a party that commands less than 20% of the total strength of the Vidhan Sabha, can become the CM of Bihar, then there must be some Constitutional edifice built to ensure the stability of tenure.

So far, power-sharing within a coalition has been treated as a matter of understanding between coalition partners. Parties usually divide important ministerial portfolios amongst themselves based on a mutually acceptable formula. A grandiose announcement is often made of the ministries that will be allotted to each coalition partner based on the numbers they bring to the table.

That has more or less been the undoing of most coalitions so far. The spoils of office, ambition and ego can become a dangerous mix that leads to fissions within brittle coalitions.

Why Governors must take on a greater role

Logically, the Governor or the President who is constitutionally responsible for swearing the new government in should be satisfied that a stable government is being formed.

However, in practise, these office-holders only receive a letter of support from the coalition party legislators and the name of the PM or CM, as the case may be, that has been agreed upon among them. All other discussions relating to the stability and power-sharing arrangement of the coalition government are between coalition partners, with even the Governor or President not privy to the same.

No governor has ever asked for any written assurance from a coalition government on length and tenure of support, as Articles 163 and 164 of the Constitution are silent on this, and simply require her to appoint a CM as the head of the council of ministers.

But no Governor has so far used his “discretion” under Article 163(2) to question the validity of documents of support being presented to her. No one has ever gone into details or even asked for a written copy of the arrangement made between coalition partners. She is duty-bound to swear in the candidate chosen by the majority coalition as CM, but the requirement of written agreements based upon which the post-election coalition has been formed could go a long way in keeping such coalitions transparent and accountable to not just the public but to each other as well.

Also read: The Problem Of Adversarial Governors And Lieutenant Governors

Can the Election Commission bring transparency in coalition governance?

But even before post-election understanding reaches the Governor’s office, can the Election Commission of India (ECI) do anything in this regard under the Constitution? Political parties receive recognition as legal entities under the statutory power vested in the ECI.

Article 324 of the Constitution empowers the ECI with plenary powers, which was established by a five-judge Constitutional bench of the Supreme Court in the case of Mohinder Singh Gill & Anr. vs. The Chief Election Commissioner, New Delhi & Ors. (AIR 1978 SC 851). In its judgment, the apex court held that ECI is empowered to fill up any legal vacuum so as to promote free and fair elections.

The Representation of the People Act, 1951 gives wider powers to the ECI, including that of de-recognition of political parties based on conduct. Furthermore, ECI is empowered, under Paragraph 16A of the Election Symbols (Reservation and Allotment) Order, 1968 to derecognise parties for failure to comply with its directions in the interest of transparency.

While the ECI may not be able to do anything immediately on completion of an election as its role is more or less over, in light of its powers outlined above it could legally exert pressure on parties to maintaining transparency in their dealings at the time of coalition formation in view of subsequent elections.

The formation and stability of post-election coalitions, after all, are issues related to the conduct of free and fair elections. Transparency in the power-sharing arrangement within a political coalition, especially one formed in a hurried manner only to reach an arithmetic majority in the legislative assembly and grab power, should be a part of it, and must, therefore, be amenable to constitutional scrutiny.

(Neeraj Mishra is a senior journalist, farmer, and lawyer based in Raipur, Chhattisgarh. The views expressed are personal.)