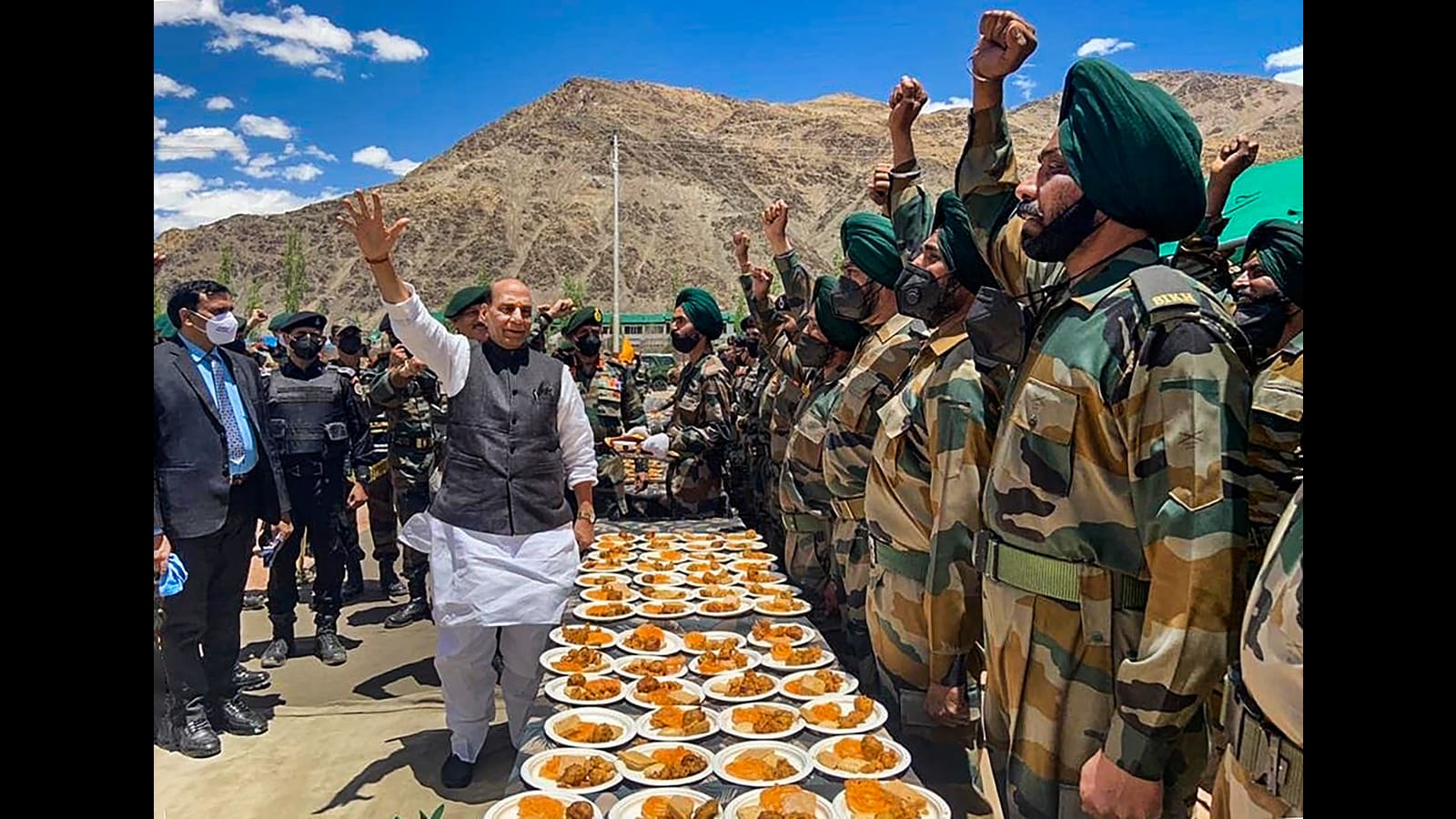 Amid renewed tensions at the border, Union defence minister Rajnath Singh gave a clear message to China on Monday, saying that India believes in resolving disputes through dialogue with the neighbouring countries, but “our Army has the capability to give a befitting reply to every challenge”.

“We have always worked for world peace. We never attack anyone. Our objective has never been to achieve victory against anyone. India has neither attacked any country nor occupied an inch. Our intention is very clear,” said Singh, while addressing soldiers in a forward location on the second day of his visit to eastern Ladakh.

Singh also paid rich tributes to the soldiers killed during the Galwan Valley clash last year, saying that the country will never forget their sacrifice.

The Galwan Valley clash of June 15, 2020, was the first deadly skirmish between Indian and Chinese troops along the Line of Actual Control (LAC) in more than five decades, and pushed the bilateral relationship to breaking point. It left 20 Indian soldiers and an undisclosed number of Chinese troops dead. Since then, the two armies have held 11 rounds of talks between corps commander-rank officers, but the negotiations have only had limited success in hammering out an agreement for disengagement of rival soldiers from friction points.

“We had to face a big challenge along the Northern border last year. But our armed forces displayed their courage and dedication to deal with it… Our Army has the capability to give a befitting reply to every challenge,” he said.

During the visit, Singh also dedicated to the nation 63 bridges built by the Border Roads Organisation (BRO).

Besides inaugurating a 50-metre-long bridge constructed on the Leh-Loma road in Ladakh, Singh virtually inaugurated 62 more bridges — 11 in Ladakh, four in Jammu and Kashmir, three in Himachal Pradesh, six in Uttarakhand, eight in Sikkim, one each in Nagaland and Manipur and 29 in Arunachal Pradesh.