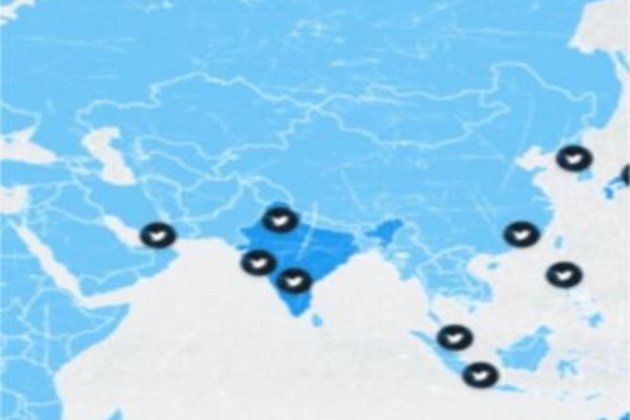 New Delhi [India], June 28 (ANI): Faced with severe backlash, microblogging site Twitter on Monday removed from its website a distorted map of India, which depicted Jammu and Kashmir and Ladakh as not part of the country.

The map, which appeared on the Twitter website’s Career page under the heading ‘Tweep Life’ section was removed from the webpage late today.

The incorrect map attracted heavy criticism from netizens and demands of action against the microblogging site.

Speaking to ANI, Amit Malviya said, “This is not the first time that Twitter has got India’s map wrong and that’s perhaps the reason why intermediary guidelines mandate that social media and tech company employees should understand the local cultural sensitivities in territorial issues. I guess it is time to realise that there is inadequacy in compliance with the law of land”.

Previously, in October 2020, Twitter had labelled the Indian territory of Leh in Ladakh as part of the People’s Republic of China (PRC).

The government of India had then issued a warning to CEO Jack Dorsey over the misrepresentation of the Indian map. Giving notice to Twitter, Secretary IT had said that such attempts not only bring disrepute to Twitter but also raise questions about its neutrality and fairness as an intermediary.

Now for the past several months, Twitter has been involved in a stand-off with the Indian government over the new amendments in the country’s new Information Technology laws with the microblogging platform losing its intermediary status and becoming liable for user-generated content.

Among other conditions mandated by the government in the new rules for social media websites include the appointment of an interim grievance officer for India and other regulations. (ANI)