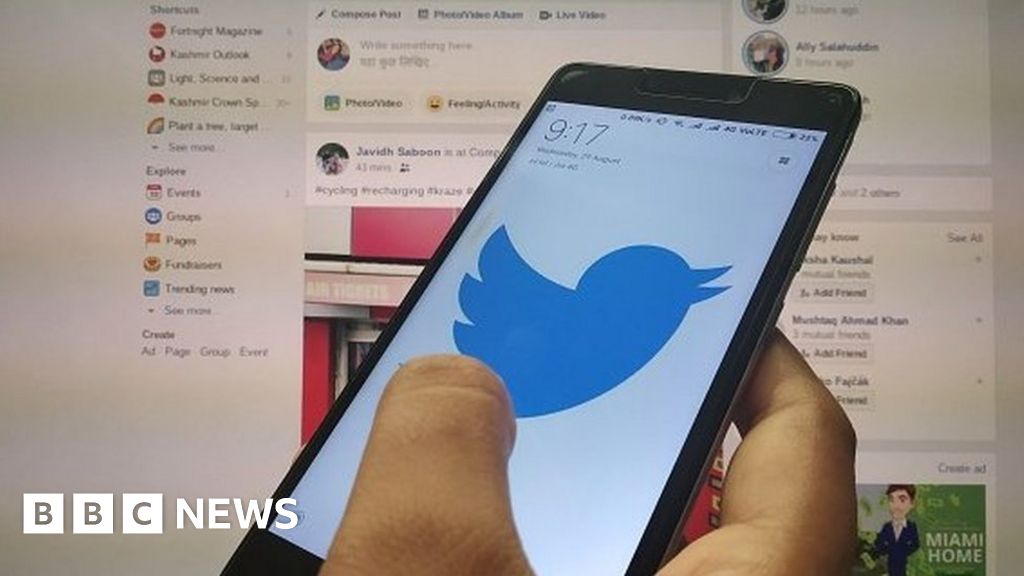 Police have registered a case against Twitter India boss after the website allegedly showed an incorrect map of the country.

The map, which has now been removed, did not include Jammu and Kashmir, and Ladakh as part of India in the “Tweep Life” section of Twitter on Sunday.

This is the second case against Twitter officials in less than a month.

It comes amid increasing tensions between the government and Twitter over India’s controversial new IT laws.

The case was filed after a member of Hindu nationalist Bajrang Dal group complained, according to reports. Twitter India chief Manish Maheshwari has been accused of “promoting enmity, hatred or ill-will between classes”.

Last week, the police in Uttar Pradesh had summoned Mr Maheshwari for questioning in connection with a video shared on Twitter. A court has since granted Mr Maheshwari protection from arrest but the case is still on.

The clip, which is now part of the investigation, showed a 72-year-old Muslim man being violently assaulted by a group of men. The victim claimed he was forced to chant “Jai Shri Ram” (a form of greeting that has become a rallying cry for Hindu nationalists) but the police denied any religious angle. They said the attackers were unhappy about an amulet the Muslim man had sold them. Six people were arrested in connection with the assault.

The police also charged some journalists and politicians, along with Twitter and news website Wire for sharing the video with the “intent to a riot, promoting enmity and criminal conspiracy”.

Dharmendra Chatur was one of three positions that social media firms are required to fill under India’s new IT laws.

The rules, known as the Information Technology (Intermediary Guidelines and Digital Media Ethics Code) Rules, were announced in February and became effective in May.

They require social media firms to appoint three full-time executives – all Indian residents – who will be empowered to removed content when requested by law enforcement and judicial bodies.

In addition, they would have to track the originator of a particular message if asked by a court or the government. Platforms like Twitter, Facebook and Whatsapp were given three months in February to comply with these rules.

Complying with new laws is essential for these companies to maintain their status as “intermediaries”. The status protects them from criminal prosecution in case any content posted by their users violates Indian laws.

Critics say the new laws are aimed at curbing freedom of expression in India, but the government denies this.