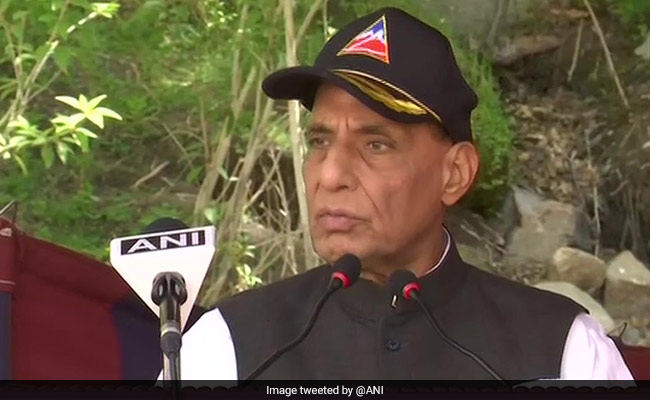 Rajnath Singh informed that the Centre want to re-start the political process quickly in both regions.

Defence Minister Rajnath Singh on Monday said terrorism has reduced in Ladakh after it became a Union territory.

Rajnath Singh also revealed that many people had doubted the intention of Prime Minister Narendra Modi when Jammu and Kashmir and Ladakh became a union territory by calling it a “political vested interest”.

He also informed that the Centre want to re-start the political process quickly in both regions.

Raksha Mantri also lauded the Army and said, “Our Army is sensitive as well. Even if the terrorists want to surrender and want to get into the mainstream then they are also given this opportunity.”

Rajnath Singh is currently in Leh for a three-day visit to Ladakh.