Seeking “resolution of issues” through talks, Defence Minister Rajnath Singh said Monday that India’s neighbours should also think that “we will remain neighbours” and issues can be settled if the intentions are “pure”.

Speaking in Kyungam, 88 km from Leh, from where he inaugurated 63 bridges built by the Border Roads Organisation (BRO) across eight states and Union Territories, Singh, without naming China, said “a big challenge had come up on the northern border, which we had to face” last year, and “no praise was enough” for the capability demonstrated by the Indian armed forces.

“I would like to say that our military has proven that it has bravery, courage and patience as well. Where patience is needed, our military shows patience, and where bravery and courage are needed, they demonstrate that too.”

“We have been, are and will remain neighbours. I am talking about all neighbours. Why can’t we find a resolution through talks? We need pure intentions,” he said. 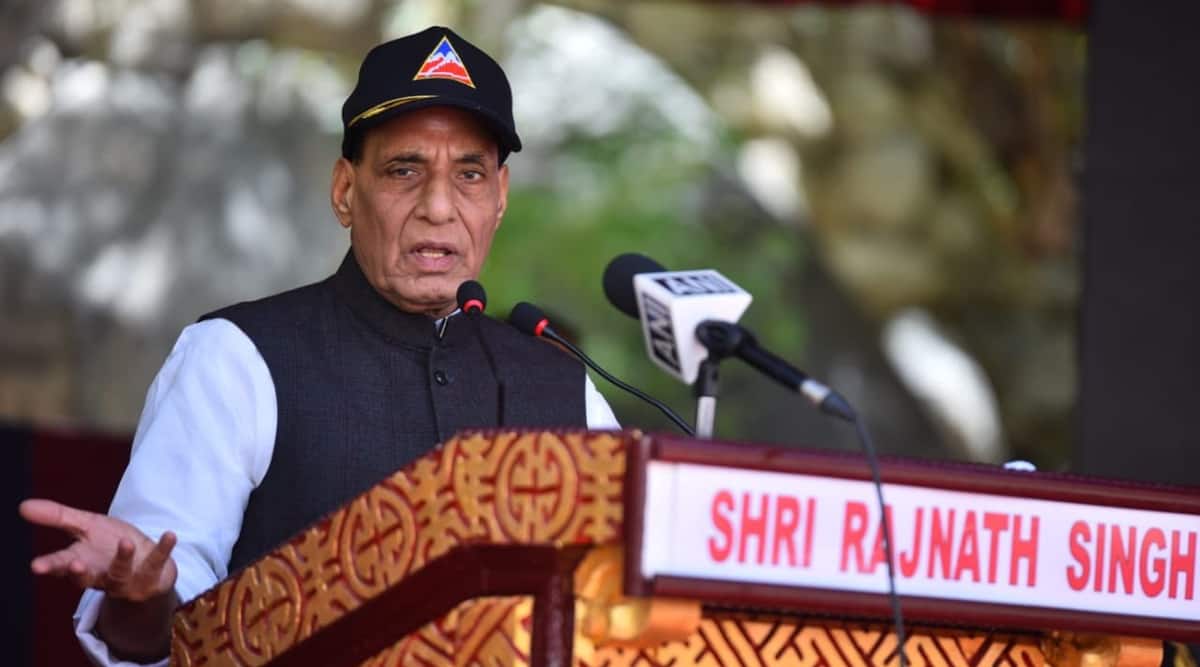 Singh was joined at the event via virtual mode, among others, by the Chief Ministers of Uttarakhand, Himachal Pradesh, Sikkim and Arunachal Pradesh, and the Lt Governor of Ladakh who was there in person — all these frontier states and UT share a boundary with China.

The Defence Minister paid tribute to the 20 Army personnel who lost their lives in Galwan Valley in hand-to-hand combat with Chinese troops on June 15, 2020.

Inaugurating the bridges, he said these “are also important from the strategic perspective” and “will improve our situation in the border areas”.

China has been particularly sensitive to the infrastructure being built by India near the border areas.

“I want to assure that we are moving, in every way, towards a safe, strong and prosperous India,” Singh said.

He said India does not want to intimidate anyone, but would not be intimidated either. It has been India’s tradition that even when it picks up weapons, it is for the sake of peace, and not to attack anyone, he said,

“But if someone thinks that it can intimidate, then I trust the bravery and courage of our military. Our nation’s troops have the capability of giving a befitting reply to anyone who wants to cast an evil eye on us,” he said.

The 50 metre bridge at Kyungam, Singh said, can even be used by tanks. “You can imagine the importance of these bridges for the nation’s security,” he said.

Earlier this month, he had inaugurated 12 roads built by the BRO. He said the 63 bridges inaugurated Monday made it a total of 75. “As we enter the 75th year of Independence, the BRO decided that 75 such projects built by them will be dedicated to the nation,” he said.

Of the 63 bridges, 11 are in Ladakh, four in Jammu and Kashmir, three in Himachal Pradesh, six in Uttarakhand, eight in Sikkim, one each in Nagaland and Manipur and 29 in Arunachal Pradesh. The combined cost of the projects is Rs 240 crore.