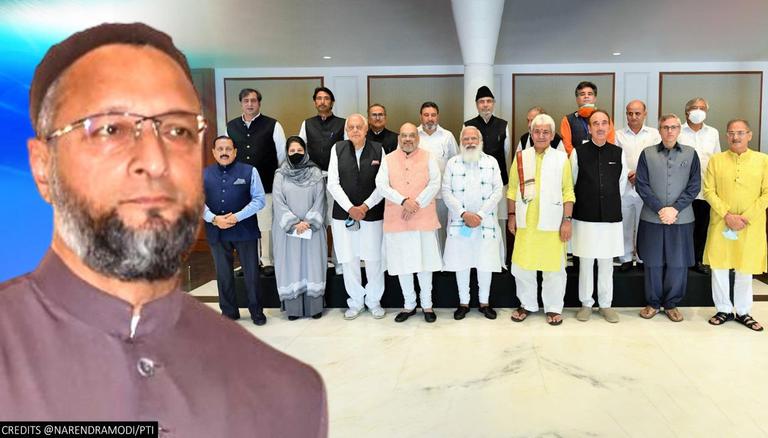 Speaking exclusively to Republic TV, AIMIM president Asaduddin Owaisi took a dig at PM Modi for meeting leaders of political parties of Jammu and Kashmir. He appeared bemused by the fact that the leaders accused of colluding with foreign forces were invited to the PM’s 7 Lok Kalyan Marg residence in the national capital. This is seen as a veiled reference to Union Home Minister Amit Shah’s tweet dated November 17, 2020, in which he accused the People’s Alliance for Gupkar Declaration of seeking foreign intervention in J&K.

Moreover, he contended that the Centre’s outreach to the political class in J&K was influenced by external factors. For instance, the Hyderabad MP said, “The withdrawal of troops is underway in Afghanistan and many experts are predicting that the Taliban will come back to power there. Even now, the Taliban is capturing many districts of Afghanistan. We need to take this into consideration”. He also pointed out that India’s relations with China are tense at the moment with 50,000 additional troops being reportedly moved towards the border.

AIMIM chief Asaduddin Owaisi remarked, “The PM invited the same Gupkar people whom you abused and accused of breaking the country and colluding with foreign forces to his home. He called them and took a picture with them. I do not understand why the PM is standing with those who are in collusion with foreign forces and want to weaken India.”