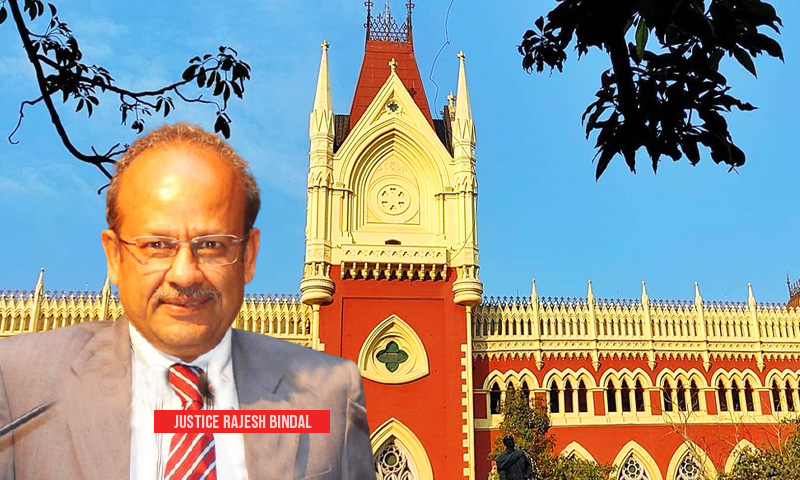 “Justice Bindal is a partial, unfair and biased judge whose continuance at High Court interferes with fair and impartial dispensation of justice,” the letter by Ashok Kumar Deb, the Bar Council Chairman had said. Ashok Kumar Deb also happens to be a Member of Parliament belonging to the Trinamool Congress.

The instant letter has been sent by Advocates Kailash Tamoli, Samir Paul, Rabindra Nath Bhattacharya, Mihir Das and it states:

“The Letter is highly derisive and by no figment of imagination represents the sentiments of the majority of the members of the bar, constraining us, the Bar Council Members, signing below to register our dissent.”

The letter avers that the contents of the letter are far more contemptuous and devious than the subject of the Letter.

“(The letter) puts a deep and indomitable scar upon the impeccable commitment and devotion attached with the Bar Council as an institution of pride that had been dedicated towards maintenance of the highest standards of ethics and morality.”

Further averments in the letter

The Letter by the Chairman, Bar Council of West Bengal stated that Justice Bindal had stayed an Interim order of bail passed by the Special CBI Court in favor of members of a certain political dispensation without giving the aggrieved parties an opportunity of being heard (Narada matter).

It may be noted that on May 17, the Division Bench had stayed the bail granted by the Special CBI Court at Kolkata to four Trinamool Congress leaders – Firhad Hakim, Madan Mitra, Subrata Mukherjee and Sovan Chatterjee – who were arrested dramatically by CBI on May 17. Justice Bindal leads the 5-judge benches which is hearing the CBI’s transfer petition in the Narada case and also the West Bengal post-poll cases.

The letter addressed to the Chief Justice of India states:

“The Calcutta High Court being the oldest chartered court in the country has a rich cultural and historical past. Being associated with such an esteemed institution, it pains us greatly to write this letter. Our Hon*ble High Court has been shaped up through the impeccable commitment and devotion of the officers of this court, including but not limited to the Hon’ble Judges, Advocates, administrative officers as well as other staff members towards the maintenance of the highest standards of ethics and morality. Any endeavour that may seek to endanger the sanctity of this Hon’ble Court will destroy the sacred fabric of this institution.”

He was transferred to the Calcutta High Court on January 5, 2021.