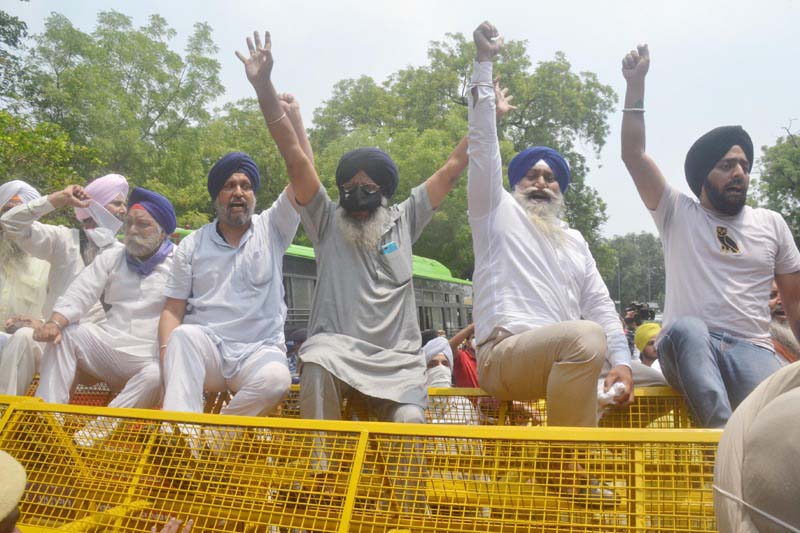 In a statement issued here, Singh said, “It is an irony that it was the Sikh community members who came to the forefront in order to ensure that the daughters of particular community, who are forcefully converting Sikh girls, held up at multiple destinations across the nation during the CAA protests reached home safely and when two girls from their community have been forced to marry by some disgruntled persons, not a single member from particular community leader has come forward to raise voice against the forcible conversion of Sikh girls’.”

“One of the Sikh girls was forcibly married on gun point with elder person in the Kashmir Valley,” he alleged and expressed concern over the incident.

The Sikh youth also appealed to the government to introduce a strong law to be implemented in the Union Territory of Jammu and Kashmir on the pattern of law in Uttar Pradesh and Madhya Pradesh that mandates permission of parents in case of inter-religion marriages so that these “forced marriages” of Sikh community girls in J&K especially in Kashmir Valley are stopped henceforth.

“On one side government claims that we have to settle the Kashmiri Pandits in the valley but on the other hand the minorities are not safe,” said the youth leader.

Emphasizing that it is the duty of the government to take extraordinary care of minorities living in the Valley, therefore it becomes inevitable for the government to ensure fool-proof safety and security of these communities besides guaranteeing them the life free of such humiliations and human rights violation, said Singh.

(Not: The Image is not related to the main story)