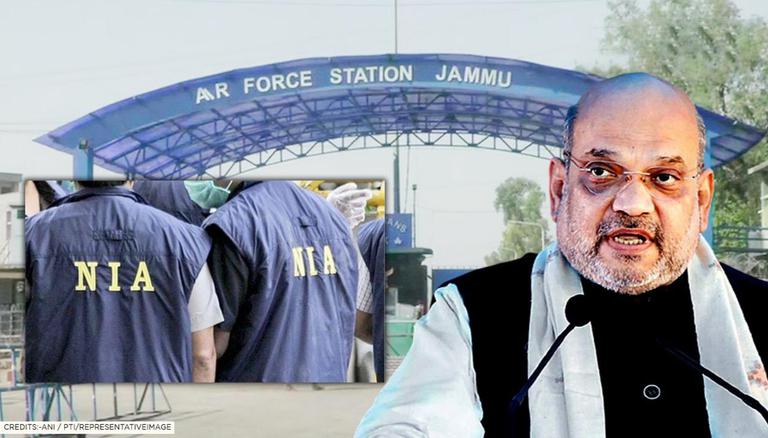 The Ministry of Home Affairs (MHA) on Tuesday handed over the Jammu drone attack case to the National Investigation Agency (NIA). The NIA was one of the first agencies along with the NSG and other security forces to reach the Jammu Airforce station after the twin blasts took place on June 27. Taking over the entire investigation, the NIA Jammu team is expected to register an FIR in the blast probe by today itself. The agency will receive the order from the Home Ministry after which it will serve the copy of the same to the Jammu Police and register the FIR.

Notably, the Jammu & Kashmir Police had already filed an FIR under the Unlawful Activities (Prevention) Act over the Jammu Airport explosion and begun its investigation. Based on the preliminary probe, the two coordinated attacks have been called a ‘well-planned conspiracy’. The conspiracy has been spun to target ‘national aerial assets’ and challenge the ‘national security’ of the country, the FIR stated. The preliminary investigation has also suggested that RDX might have been used in the blasts.

A high-level investigation team of the IAF was dispatched to Jammu after the explosions. The possible target of the drones is said to be the aircraft parked in the dispersal area just meters away. Defence Minister Rajnath Singh spoke to Vice Air Chief Air Marshal HS Arora regarding the blasts and Western Air Commander Air Marshal VR Chaudhary and Air Marshal Vikram Singh reached the spot to investigate the matter.

The twin blasts come days after Prime Minister Narendra Modi held a high-level meeting with J&K’s political parties and the Gupkar alliance, the first since the abrogation of Article 370 and the detention of the leaders.