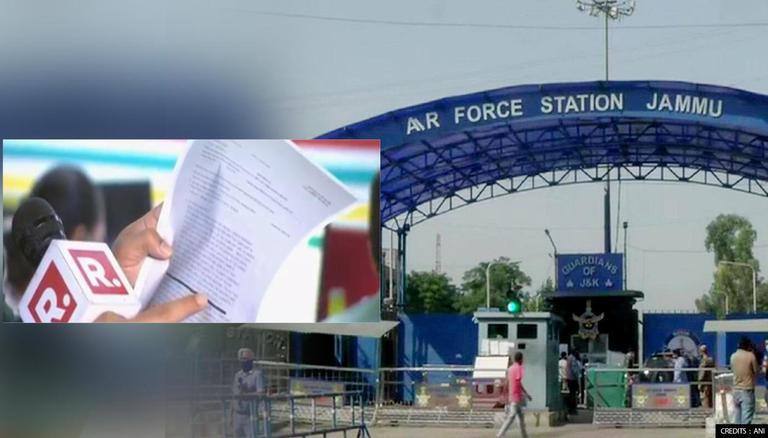 In the latest development in the Jammu airbase drone attacks, Republic TV on Monday accessed the FIR filed by the security forces based on the preliminary investigation so far. In the FIR, the two coordinated attacks that happened in the wee hours of June 27 have been called a ‘well-planned conspiracy’. The conspiracy has been spun to target ‘national aerial assets’ and challenge the ‘national security’ of the country, the FIR mentions.

The FIR accessed by Republic TV reads, “At about 1:37 hours, 27 June, a blast occurred inside the premises of the Air Force Station, Satwari campus. Subsequently, six minutes later, another blast was conducted by the unknown drone as a part of a well-planned conspiracy. Due to the blast, injuries have been caused to 2 of the air warriors and also caused damage to the office building. This act has been done in the highly secured area to challenge the national security and to damage the national aerial assets by some anti-national elements.”

A high-level investigation team of the IAF was dispatched to Jammu after the explosions. The possible target of the drones is said to be the aircraft parked in the dispersal area just meters away. Defence Minister Rajnath Singh spoke to Vice Air Chief Air Marshal HS Arora regarding the blasts and Western Air Commander Air Marshal VR Chaudhary and Air Marshal Vikram Singh reached the spot to investigate the matter.

The twin blasts come days after Prime Minister Narendra Modi held a high-level meeting with J&K’s political parties and the Gupkar alliance, the first since the abrogation of Article 370 and the detention of the leaders.