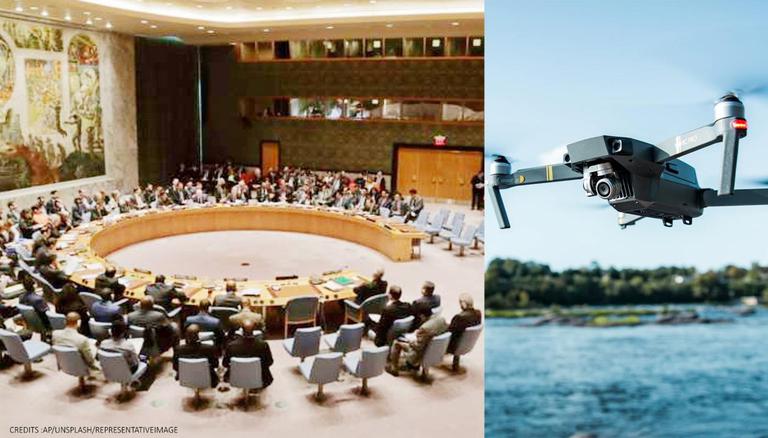 Days after the Jammu attack that involved the use of drones, India has now raised the issue at the UN General Assembly (UNGA). India has stated that the use of weaponised drones for terrorist activities against strategic and commercial assets calls for serious attention by the global community. After the Jammu attack, a fresh attempt was again made to attack a military installation with the help of drones. However, alert Army sentries at the Ratnuchak-Kaluchak station fired at the drones which later flew away.

Addressing the UNGA at the ‘Global scourge of terrorism: assessment of current threats and emerging trends for the new decade’, Special Secretary (Internal Security), Ministry of Home Affairs in the Government of India, V S K Kaumudi spoke about drones being used for terrorist activities. Kaumudi said that the drones are being increasingly used as its a low-cost option and easily available. He added that the danger is imminent and comes a challenge for the security agencies worldwide.

“Being a low-cost option and easily available, utilisation of these aerial/sub-surface platforms for sinister purposes by terrorist groups such as intelligence collection, weapon/explosives delivery and targeted attacks have become an imminent danger and challenge for security agencies worldwide,” he said at the 2nd High Level Conference of the Head of Counter-Terrorism Agencies of the Member States in the General Assembly.

“The possibility of the use of weaponised drones for terrorist purposes against strategic and commercial assets calls for serious attention by the member states. We have witnessed terrorists using UAS to smuggle weapons across borders,” Kaumudi said, according to his statement issued by the Permanent Mission of India to the UN.