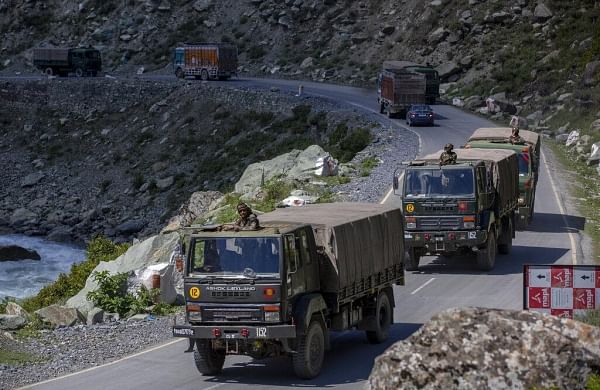 India has moved about 50,000 more troops to the China border amid a stalemate in the disengagement process in remaining friction points in eastern Ladakh, a Bloomberg report said.

The additional deployment is expected to give India more options to attack and seize territory in China if necessary in a strategy known as “offensive defence”, the report quoted a senior official as saying.

As of now, India has about 200,000 troops deployed on the northern border. Besides, the Narendra Modi govt squadrons of fighter jets to three different areas along the China border in recent months.

The redeployment of troops along the border includes more helicopters to transport soldiers from the Kashmir Valley to the high altitude zones along with artillery pieces like the M777 howitzer built by BAE Systems Inc.

India’s strategic focus has been primarily on Pakistan with which it fought three wars over the disputed Kashmir region. However, in the wake of the deadliest standoff between India and China in eastern Ladakh last year, the Modi government has taken several steps to ease tensions with Beijing but at the same time asking the armed forces to be ready for any eventuality, the report said.

Meanwhile, in a clear message to China amid a stalemate in the disengagement process in remaining friction points in eastern Ladakh, Defence Minister Rajnath Singh, while addressing soldiers in Ladakh on Monday, said India believes in resolving disputes with neighbours through dialogue but it will not tolerate if provoked or threatened.

Speaking at an event in a forward location on the second day of his visit to the region, Singh said India is a peace-loving nation that never resorts to any kind of aggression but its armed forces are always prepared to give a befitting reply to those who “show their eyes” to the country.

Asserting that the nation’s safety and security will not be compromised at any cost, Singh said the solution to any dispute can be found if there is clear intent.

The defence minister also paid glowing tributes to the 20 soldiers killed in the Galwan Valley clashes in June last year and said the country will never forget their sacrifices.

“India is a peace-loving nation which does not believe in aggression, however, if provoked, we will give a befitting reply,” he said.

Singh’s three-day visit to the region comes in the midst of a stalemate in resolving over a year-long standoff between Indian and Chinese troops in several friction points in eastern Ladakh though they withdrew troops and weapons from Pangong lake areas in February.