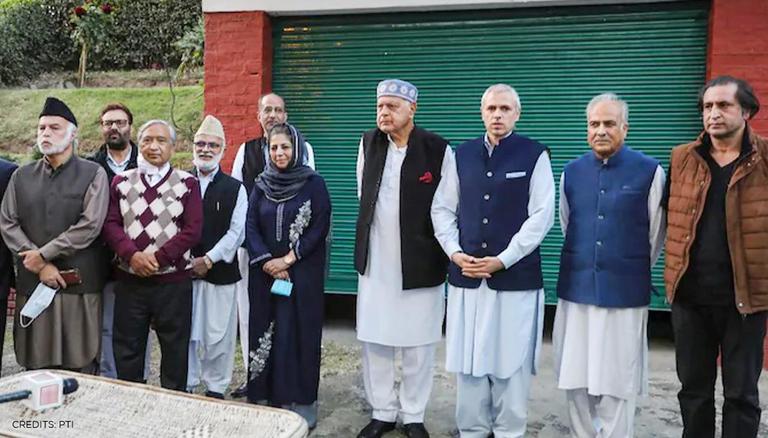 Days after the all-party meeting chaired by PM Modi, the People’s Alliance for Gupkar Declaration (PAGD) is set to meet once again at National Conference Chief Farooq Abdullah’s residence on Tuesday. This comes as a first interaction among the Gupkar Alliance after the all-party meeting. It is expected that the alliance will be meeting to discuss the developing political situation in Jammu and Kashmir.

According to reports, the PDP is reportedly miffed with National Conference for not backing Mehbooba Mufti on restoring Article 370 during the all-party meeting. Sources further stated that the PDP feels that NC let down the Gupkar Alliance at the meeting when Mufti brought up Article 370. It further expected Abdullah to raise the issue of Article 370 that was abrogated. Moreover, PDP also took a dig at Congress leader Ghulam Nabi Azad asking if the Congress was representing itself or the Prime Minister and Home Minister.

Earlier on Thursday, Prime Minister Narendra Modi chaired a crucial all-party meeting. The meeting came as a first interaction between the leaders of Jammu and Kashmir and the Centre after the abrogation of Article 370 and 35A in 2019. The meeting was attended by leaders of NC, PDP, Congress, Apni Party and CPM. The all-party meeting was called by the Prime Minister to discuss political activities in the Union Territory. However, the BJP has affirmed that the abrogation of Article 370 will not be rolled back. Union Minister of State Jitendra Singh also remarked that the meeting was held in a cordial environment and that all leaders expressed allegiance to the Constitution of India.

The MoS also revealed that PM Modi took suggestions and listened to all stakeholders seriously. Moreover, the Prime Minister also pushed for ensuring that democracy reaches the grassroots in J&K. Apart from this, PM Modi urged all leaders to come together to ensure that development is carried out in the Union Territory and that progress reaches every community and district of Jammu and Kashmir.