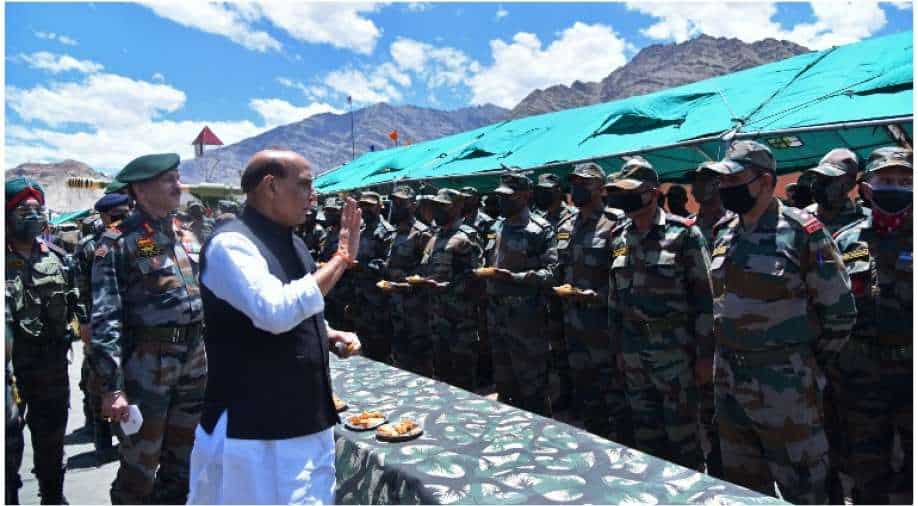 Indian Defence Minister Rajnath Singh on Monday termed Union government’s decision to bifurcate Jammu & Kashmir and Ladakh as ‘historic’. He said that the decision led to a major reduction in terrorist activities.

He was speaking at an event in Ladakh. Singh also referred to Prime Minister Narendra Modi’s recent outreach to political leaders of Jammu and Kashmir, and said that the government does not want the “same situation” to continue in the region for long.

“The Union government’s decision to bifurcate Jammu and Kashmir and Ladakh as two separate UTs has bolstered national security and led to major reduction in terrorist activities and also opened new avenues for socio-economic development of the people in both the regions,” Singh said.

Rajnath Singh is on a three-day visit to Ladakh from Sunday. He made the remarks after dedicating to the nation 63 bridges built by Border Roads Organisation (BRO) in six states and two UTs.

Singh also said that those who criticised PM Modi’s intent for Jammu and Kashmir had vested interests.

The government’s “historic decision” around two years ago has brought socio-economic development to the region as well as helped in containing terrorist activities, the defence minister said.

“He wants that political process to start in Jammu and Kashmir as well as in Ladakh. And he is going to speak (to people from) here. He has spoken to people of J and K. We do not want the same situation to prevail for a long time,” Singh said.

In the meeting with political leaders of J-K, Modi spoke about removing “Dilli ki Doori as well as Dil Ki Doori” and assured that full statehood of the UT will be restored at the right time.

Singh also said that significant success has been achieved in containing terrorism and boosting socio-economic development. “Two years is not a long period of time…Our government has initiated several steps for infrastructure development and to promote investment,” he added.

The defence minister also lauded the armed forces for their contribution to the overall improvement of the situation in Jammu and Kashmir and Ladakh.

Singh said the government has been significantly focusing on enhancing connectivity which is paying rich dividends.

The defence minister also visited the Thiksay Monastery in Ladakh. He inaugurated Shesrab Skyad Tsal Ling library during the visit.