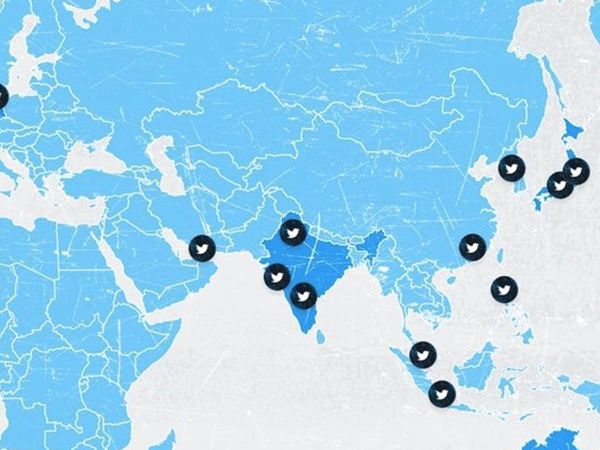 Twitter and the Indian government keep locking horns over one issue after another, but every time, Twitter has to be the one to succumb. Thus, one would think that the social media platform, which is on thin ice with authorities in the country, would tread lightly and make sure that it does not do anything to jeopardize its position in one of the biggest internet markets in the world. However, that does not seem to be the case, as the platform was reported to carry a wrong map of India, with Jammu and Kashmir and Ladakh being shown as separate countries.

This comes amid a bag of other problems, the most recent being the one with the grievance officer. The new IT rules that every significant social media intermediary has to appoint a grievance officer, but Twitter’s elected official quit yesterday, following which the company appointed a non Indian for the role. However, the rules state that only an Indian can be appointed as a grievance officer, and that issue still remains to be resolved.

Amid this, the map that appears on the “Tweep Life” section of Twitter’s website shows J&K and Ladakh, outside India. This was reported by a user, and has attracted a lot of angry reactions since then.

This comes at a time when social media companies are now being held accountable for the content being posted on their platforms, and thus, problems could be mounting for the Jack Dorsey led tech giant.

Many, including myself, think that the government might not respond well to this ‘mistake,’ and might see it as an act of defiance against all the new restrictions placed on Twitter. The company could face financial penalties, jail time for its employees, and even a total ban under Section 69A of IT rules, just like TikTok and PUBG.