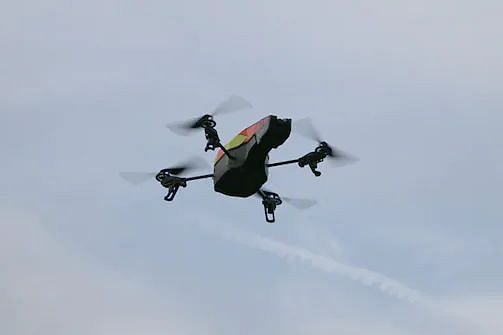 Additional suspected activities of drone have been detected on late Monday night at Kunjwani in Jammu, as per a report by the ANI.

This follows the incident where the troops spotted and subsequently drove away two drones above the Ratnuchak-Kaluchak military area on Monday itself.

Lieutenant Colonel Devender Anand, Public Relation Officer (PRO) of the Ministry of Defence confirmed that a Quick Reaction Team engaged the drones with firing and a high alert was issued swiftly afterwards.

Dubious drone activity has become a cause of concern in the union territory as certain drones had caused two blasts in the technical area of the Jammu Air Force station. No casualty was reported through this attack but two personnel ended up suffering minor injuries due to the same.

However, a small damage was caused to the roof of a building by one of the blasts whereas the other one ended up exploding in an open area, as reported by the ANI.

Meanwhile, Union Defence Minister Rajnath Singh will be provided a detailed presentation on this drone attack on Tuesday, as soon as he returns back to Delhi from his three-day visit to Ladakh. The army officials will also brief him about the reported increase in cases of drone sighting in the Jammu region.