A fresh attempt to attack a military installation with the help of drones was foiled by alert Army sentries at the Ratnuchak-Kaluchak station who fired at the unmanned aerial vehicles that flew away, an incident that came hours after an Indian Air Force station saw the first terror attack using quadcopters. 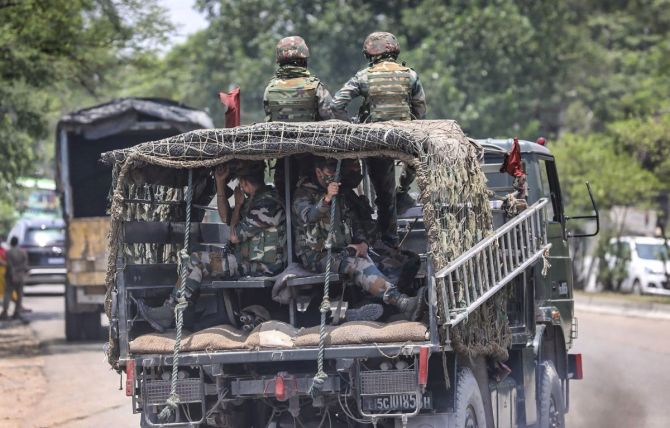 The first drone was spotted at around 11.45 pm on Sunday followed by another at 2.40 am over the military station, which was witness to a terror attack in 2002 in which 31 people were killed, including 10 children.

Officials on Monday said that alert Army troops fired nearly two dozen rounds to bring down the drones hovering over its brigade headquarters.

“Both the drones flew away. A major threat was thwarted by the alertness and proactive approach of troops,” he said, adding the security forces are on high alert and the search operation is in progress.

The officials said the whole area outside the military station was cordoned off immediately and a massive search operation was going on when the last reports were received.

Nothing objectionable has been found on the ground so far, the officials said.

The military station at Kaluchak has been on high alert ever since the 2002 attack.

31 people, including three military personnel, 16 Army family members — women and children — and 11 civilians were killed in the attack.