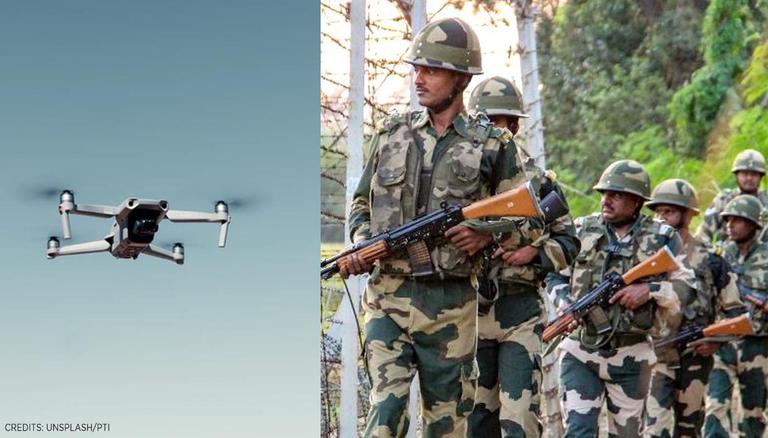 Just a day after a first-of-its-kind attack on the Indian Air Force (IAF) station in Jammu, two more drones were spotted hours apart over the Kaluchak military station in the wee hours on Monday. A high alert was sounded as soon as the two drones were spotted and were fired upon immediately by the Quick Reactio Teams. The drones hovering in the Jammu airspace were thwarted and were forced to fly back without causing any damage.

As per the Defence Wing, the first drone was sighted around 11:45 pm and the second one at 2:40 am, just after midnight. The Quick Reaction Teams at the Kaluchak military station in Jammu’s Samba district had opened fire on the drones on sighting them but could not bring them down. A defence official has affirmed that the security forces have been placed on high alert and search operations are in progress.

The drone sightings came shortly after the attack on IAF’s Jammu airbase on Sunday morning. Multiple blasts had occurred in the premises of the technical area of the Jammu airbase, which were later confirmed to be drone attacks. A first of its kind, the attack led to two IAF personnel sustaining minor injuries. Two blasts were heard within a gap of 5 minutes, the first blast is captured in the CCTV at 1.37 am while the second has been captured at 1.43 am. A team of Jammu and Kashmir police along with other security agencies and forensic experts rushed to the incident spot to further investigate the cause of the blast.

Sounding a high alert across security installations and the bordering region with Pakistan, a high-level investigation team of the IAF was dispatched to Jammu after the explosions. The possible target of the drones is said to be the aircraft parked in the dispersal area just meters away. Defence Minister Rajnath Singh spoke to Vice Air Chief Air Marshal HS Arora regarding the blasts and Western Air Commander Air Marshal VR Chaudhary and Air Marshal Vikram Singh reached the spot to investigate the matter.

NIA reported that the IED-fitted drone came from across the International border and an FIR has been registered under the Unlawful Activities (Prevention) Act in the incident. IAF stations in Pathankot, Punjab and Awantipur, Srinagar have been put on high alert as sources state that the possible target of the drones was the aircraft parked in the dispersal area, ten meters away.