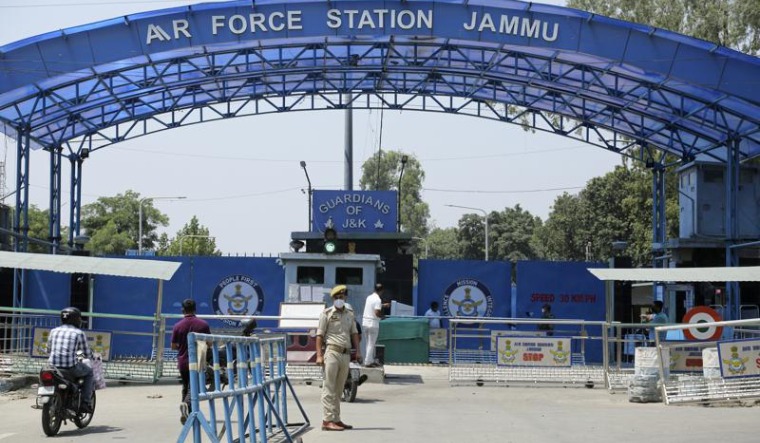 PTI reported on Sunday night that Border Security Force (BSF) personnel deployed on the International Border with Pakistan have been placed on alert hours after two drones dropped explosives at the Indian Air Force base in Jammu. The attack caused minor damage and injured two personnel.

A BSF officer was quoted by PTI as saying, “Troops are on alert on IB and other installations.” The flight distance from the Jammu airport to the IB is 14km. Officials believed the drones used in the attack either flew back across the border or to some other destination.

The Tribune reported military installations in the region had been placed on high alert. “The possibility of such incidents at other places cannot be ruled out. Surveillance in and around military bases has been stepped up and additional resources have been deployed,” an officer told The Tribune.

More details of the attack also emerged on Sunday night.

The first blast ripped off the roof of a single-storey building after midnight at the high-security technical area of the airport manned by the Air Force in Satwari area on the outskirts of the city. The second one was on the ground, according to officials.

“We woke up to deafening sounds. It rocked the entire area, and people were shocked,” Inderjeet Singh, who stays in a locality along the Air Force station, said.

Hearing the explosions, several people from areas such as Belicharana, Karan-Bagh, Gaddigar, Boharcamp and Satwari reached the Air Force station, despite COVID restrictions, with no idea that it had been hit by drones.