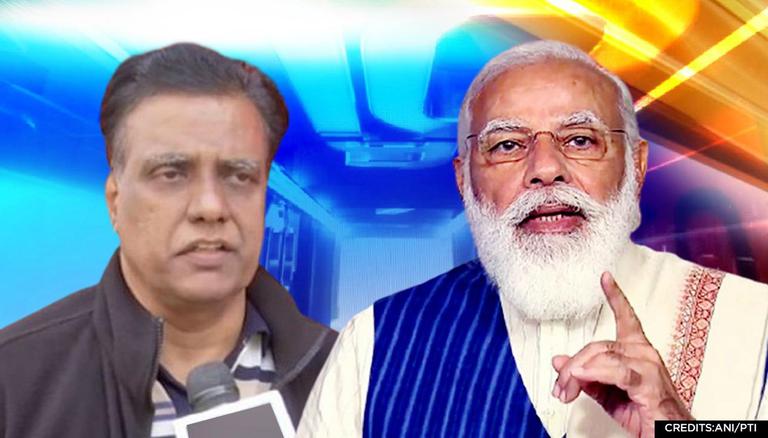 Senior Bharatiya Janata Party (BJP) leader from Telangana, NV Subhash on Sunday hailed Prime Minister Narendra Modi for his efforts to strengthen the democratic process in Jammu and Kashmir and Ladakh. The statement from Subhash came after Prime Minister met with valley leaders on June 24. He also welcomed the initiative taken by PM Modi for trying to ‘build a better future’ in Kashmir.

NV Subhash also added that the meeting was an ‘indication’ for guarding democracy.

“The all-party meeting of Jammu and Kashmir organized by PM Modi was an indication of the Centre’s commitment to safeguarding democratic values”, added Subhash while mentioning Central government is showing its priority in strengthening grassroots of democracy there for which delimitation has to happen quickly for elections to be held.

The Telangana minister further talked about the Ministry of Home Affairs’ (MHA) meeting with political representatives and civil society members from the Kargil region in Ladakh on July 1 and added that it’s a major step taken by the Centre to hold elections in a democratic manner. He also expressed hope on Minister of State for Home Affairs G. Kishan Reddy, who was chairing the meeting would build a consensus among the parties and intellectuals to hold elections in a peaceful atmosphere.

The PAGD (People’s Alliance for Gupkar Declaration ) is a combination of six mainstream parties in Jammu and Kashmir that are– National Conference, People’s Democratic Party, Communist Party of India (Marxist), Jammu and Kashmir Apni Party, People’s Conference, and the Panthers Party. The leaders of all the political parties of the valley were telephonically invited by Union Home Secretary Ajay Bhalla for participation in the meeting to be held at the Prime Minister’s residence in the national capital at 3 pm on June 24 (Thursday).