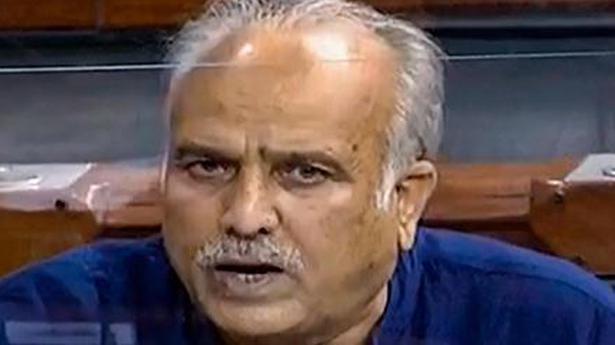 144 petitions against CAA did not dissuade political parties from making it an election issue though, says NC MP

Attacking the Congress and the Peoples Conference, National Conference leader and MP Hasnain Masoodi on Sunday said those leaders who called Article 370 sub judice and avoided taking a stand on the revocation of special status were just being evasive.

“Once it comes to the abrogation of special constitutional status of Jammu and Kashmir, the leaders shy away stating that the matter is sub judice.

“The leaders take cover under the argument to create an impression, though deceptively , amongst the people of Jammu, Kashmir and Ladakh that they are with their aspirations but cannot voice theirs viewpoint,” he said.

He said 144 petitions against the Citizenship (Amendment) Act ( CAA) did not dissuade political parties from making it an election issue.

“Same is true about farm laws where though the constitutionality of the laws is going through judicial scrutiny, the political parties are vying with one another to support the farmers agitation and call the challenged laws as ‘black laws’,” Mr. Masoodi said.

He said people are not so gullible as the leaders believe they are and do very well understand the game plan.

“The NC reiterates the principled stand that the restoration of August 4, 2019 constitutional position alone would lead to durable and lasting peace in Jammu, Kashmir and Ladakh and fulfil aspirations of the people.”