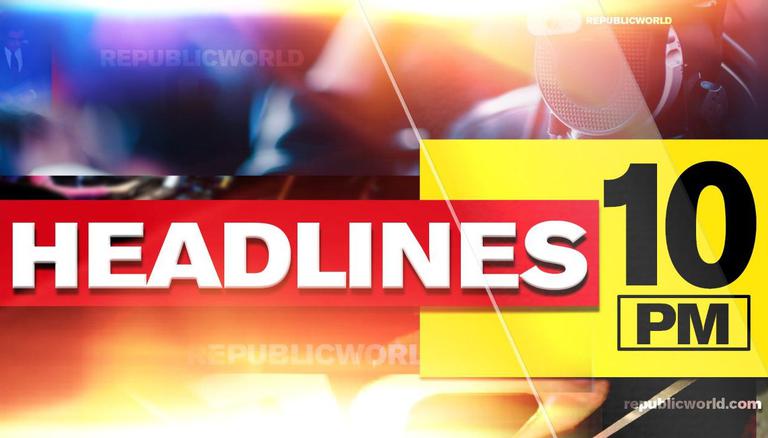 Two days after PM Modi’s all-party meet with Jammu and Kashmir’s political leaders, Pakistan-based terrorists in an attempt to foil the peace of the valley dropped two bombs using drones at the IAF station in Jammu airport in the early hours of Sunday. In the explosion which took place around 1.40 am within six minutes of each other, two Indian Air Force (IAF) personnel were injured. Now, as per an ANI report which quoted IAF Officials, Chief of Air Staff, Air Chief Marshal RKS Bhadauria, who is on a three-day visit to Bangladesh, has talked to the personnel over the telephone who were injured in the drone attack. As per the IAF officials, the two soldiers are under observation of the Air Force medical authorities and are doing fine.

Nearly two months after the NDA government emerged victorious in the Union Territory, five Ministers were sworn into the CM NR Rangaswamy’s cabinet on Sunday by Lieutenant-Governor Tamilisai Soundararajan. Ending the more than month-long suspense over cabinet formation, five ministers -A Namassivayam, K Lakshminarayanan, C Djeacoumar, Chandira Priyanga, and A K Sai J Saravana Kumar – were sworn in at the Raj Nivas on Sunday. The portfolios of the ministers were not revealed.

AIMIM To Contest 100 Seats In UP Elections, Announces Alliance With Om Prakash Rajbhar

AIMIM chief Asaduddin Owaisi announced his party’s entry into the electoral politics in Uttar Pradesh and revealed on Sunday that the outfit would be contesting the upcoming Assembly elections in 2022 along with Om Prakash Rajbhar’s Bhagidari Sankalp Morcha. After tasting victory in the Bihar Assembly elections last year, AIMIM has now decided to ally with OP Rajbhar’s party for the UP Assembly elections scheduled to be held next year.

In a key development in the case of post-poll violence in West Bengal, the National Human Rights Commission on Thursday invited the complainants to come forward in person, telephonically, or even via electronic mail and ventilate their grievances in front of the committee. Set-up by the chairperson of the Commission Justice (Retired) Arun Mishra, the seven-member committee is looking into the matter of post-poll violence and as part of it, is touring different parts of West Bengal and inquiring into the veracity of complaints and allegations that have come forth so far.

Delta Plus Has More Affinity For Lung Tissues In Comparison To Other COVID Strains: NTAGI

The National Technical Advisory Group on Immunisation (NTAGI) on Sunday stated that the new variant of COVID-19 Delta plus has a greater affinity to lung tissues as compared to all other variants. Having said that, the chief of the group NK Arora added that at the moment it was not clear if it causes damage or not, or is more transmissible. The variant was identified on June 11 and was declared as a Variant of Concern recently.

In a major development in India’s fight against Coronavirus, Centre’s COVID working group Chairman Dr. NK Arora informed that the Pharmaceutical Company, Zydus Cadila has almost completed its trial, and vaccination of children is likely to start from July end or August.

In a proud moment for India, ace archer Deepika Kumari on Sunday at the World Cup Stage 3 went on a winning spree as she grabbed a hat-trick of gold medals. India made an unprecedented clean sweep at the third stage of the Archery World Cup in Paris for a perfect build-up to the Tokyo Olympics in less than a month’s time.

Indian athletes Manish Kaushik and Neha Goyal have thanked Prime Minister Narendra Modi for a special mention in the latest episode of his monthly radio program Mann Ki Baat. Manish, who will represent India in boxing at this year’s Olympics, said he is “very happy” that PM Modi has spoken about him in his Mann Ki Baat episode right before their trip to Tokyo. Neha Goyal, who is part of India’s hockey team, also thanked PM Modi for his encouraging words ahead of the games.