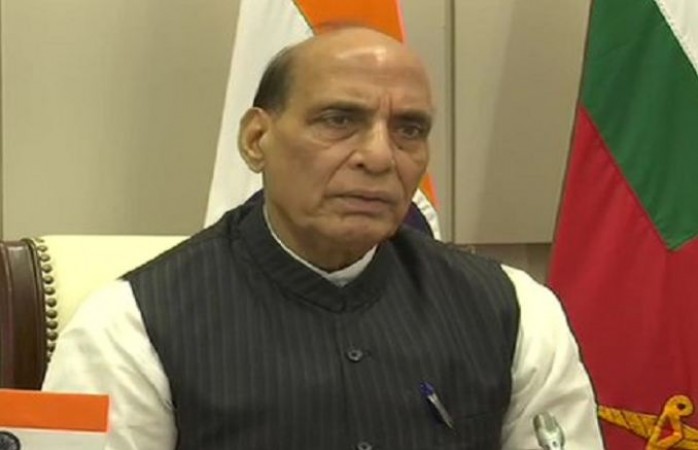 New Delhi: Union Defence Minister Rajnath Singh is on a three-day visit to Leh-Ladakh. Today, monday, he left Leh at 8 a.m. for the inauguration of the RM Forward Location Bridge. He will then visit the advance location at 11 a.m. and meet the soldiers. At 1 pm he will go to Karur and meet the locals and at 3 pm he will inaugurate the library of a mine. The defence minister’s visit is considered to be extremely important.

The library opening ceremony will be attended by CM of Himachal Pradesh, Uttarakhand, Sikkim, Nagaland, Manipur, Arunachal Pradesh and Lieutenant Governor of Jammu and Kashmir. On the other hand, BRO has completed construction of 11 bridges in the Union Territory of Ladakh. On the other hand, construction of one bridge each in four Union Territories of Jammu and Kashmir, three in Himachal Pradesh, 6 in Uttarakhand, 8 in Sikkim, Nagaland and Manipur and a record 29 in Arunachal Pradesh has also been completed.

These bridges will contribute significantly to the overall economic development of remote border areas and help in rapid mobilization of armed forces in strategically important areas, which will promote the national security of the Eastern Region by facilitating the rapid movement of defence forces and their equipment.

Golden opportunity to get recruited in Indo-Tibetan Border Police Force

Neena Gupta gets angry after being trolled due to dress, said this

This actress left the film, saying, ‘He ruined my life’